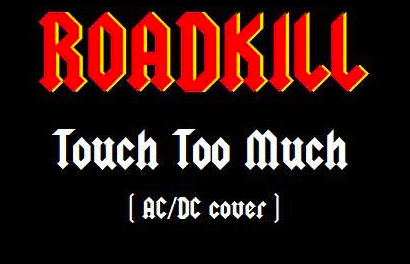 Roadkill release cover of AC/DC’s “Touch Too Much”

To celebrate the 40th year anniversary of the release of AC/DC‘s sixth studio album Highway To Hell, Aussie rockers Roadkill have released their version of the AC/DC classic “Touch Too Much.”

The following message was posted on Roadkill’s Facebook page back on June 30, 2019: 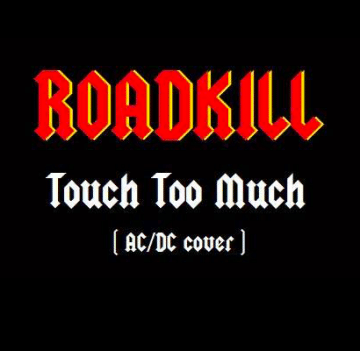 “To celebrate the 40th Anniversary of AC/DC milestone album, “Highway To Hell” – released in July 1979 – Roadkill recorded a ‘cover’ of the Seedies much loved song, Touch Too Much!

The track was recorded last year, during the recording sessions for Roadkill‘s – “Ruled By Machines” CD, which was again like it’s predecessor, ‘Extinct‘ (2016) was produced by Joe Haley.

The song is fairly close to the original arrangement, having a couple of subtle differences to give it a different feel to AC/DC‘s version.

Some will love it, some will hate it – it’s our homage to one of Australia’s – no, one of the world’s greatest hard rock bands!

Wikipedia states the following in part about the reception for AC/DC‘s Highway To Hell album (with slight edits):

“Highway To Hell became AC/DC‘s first LP to break the US Top 100, eventually reaching number 17, and it propelled the band into the top ranks of hard rock acts. It is the second highest selling AC/DC album (behind Back In Black) and is generally considered one of the greatest hard rock albums ever made. Gret Kot of Rolling Stone writes, “The songs are more compact, the choruses fattened by rugby-team harmonies. The prize moment: Scott closes the hip-grinding ‘Shot Down in Flames’ with a cackle worthy of the Wicked Witch of the West.” In a 2008 Rolling Stone cover story, David Fricke notes: “Superproducer ‘Mutt’ Lange sculpted AC/DC‘s rough-granite rock into chart-smart boogie on this album.” AllMusic calls the song “Highway To Hell” “one of hard rock’s all-time anthems.” In 2003, the album was ranked number 200 on Rolling Stone magazine’s list of the 500 greatest albums of all time.”

Recorded as a ‘one’ take – warm up song while tracking the “Ruled By Machines” CD with producer Joe Haley, this is a ‘cover’ of AC/DC’s classic song, ‘Touch …