Australia based rockers Roadkill have released a second video in support of their latest studio album Ruled By Machines, which was released via Melodic Rock Records in November 2018. After releasing a video for the title track, the band has released a video for the song “Last Stop Before Hell.” 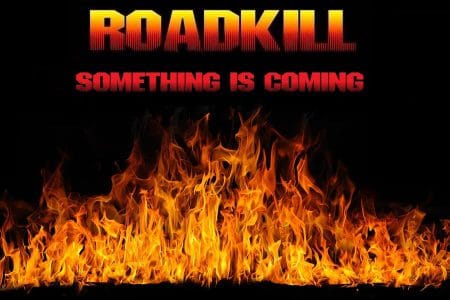 In an interview with Sleaze Roxx back in February 2017, Roadkill frontman Neil Wilson advised how the group began in the first place as he stated: “After returning to Hobart, Tasmania in 2004 after living in Sydney for 20 years, I wanted to pursue singing/writing for my veteran, old school metal band Tyrant (Australia) due to the original members not being interested in continuing! I enlisted a group of new players including my younger brother Zig and it was a fercious beast compared to the old band — way more “metal” in attack! So my brother and I decided to do our own band outside of Tyrant and we formed Roadkill. There were maybe only two other “rock” acts in Tasmania at the time! We recruited a drummer and bassist to join Zig and I on guitars and we learned a stack of cool cover songs to separate us from the countless cover acts in Hobart, who all play the same set of songs! We chose songs like Black Label Society’s “Say What You Will,” Buckcherry’s “Dirty Mind” and “Crazy Bitch,” Manowar’s “Fighting The World,” The 69 Eyes’ “Lost Boys,” Stone Temple Pilots’ “Sex Type Thing,” Rose Tattoo’s “Nice Boys,” Motörhead’s “Ace Of Spades,” Van Halen’s “Ain’t Talkin’ Bout Love,” Saxon’s “Strong Arm Of The Law,” Judas Priest’s “Electric Eye.” They are all pretty much in your face rock and that’s what Roadkill is all about! No bullshit, no compromise — just balls out rock like the legend bands did and some still do!”

Second video/single off the “Ruled By Machines” CD which is produced by Psycroptic guitarist JOE HALEY.We’ve all dropped into that ‘Last Stop’ – sometime in …