Roadkill release video for song “Down And Out” 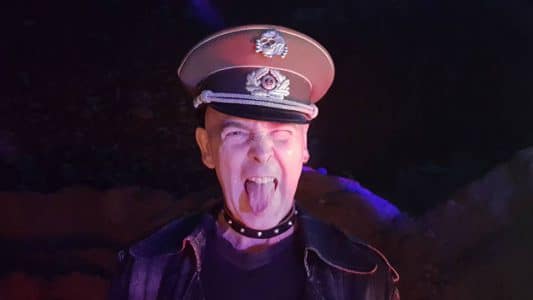 Sleaze Roxx stated the following in its review of E X T I N C T: “Sometimes, less ends up being a whole lot more. That’s the case with Australian heavy metal rockers Roadkill who adopted a simplistic approach to their music on their latest studio album E X T I N C T with great results. Roadkill excel at bringing back that old school feel where listeners would have the time to sit, enjoy and sip on a nice brandy or whiskey while listening to a simple guitar riff during a song without being bombarded by a flurry of other instruments that would overshadow that very guitar riff.”

Back in February 2017, Sleaze Roxx interviewed Roadkill‘s frontman Neil Wilson and asked the singer whether the old school metal feel on E X T I N C T was intentional or not. Wilson advised: “After ‘Profanity & Innuendo’ — which was our salute to ’80s Guns N’ Roses and Mötley Crüe era style hard rock music and attitude — think ‘Appetite For Destruction’ meets ‘Dr. Feelgood’, we copped some criticism for the lyrics for some of our tunes on that album. It was mainly females who just didn’t get what the band was about. We wanted to return some of our heavy metal elements that were featured on both our previous albums, albeit a couple of songs! For E X T I N C T, we wanted that AC/DC meets Judas Priest attack in the songwriting and I believe we have delivered, a solid, good old school ass kicking product that stands up against any of the “name” bands in the same musical genre! While one tune has a different groove and style, the other nine tunes kick like motherfuckers. There’s no politically correctness there. It’s just in your face rock n’ roll!”

Roadkill‘s “Down And Out” video:

ROADKILL (Australia) – Down And Out (Official Music Video)

‘Down And Out’ – shows a song with a different groove, compared to the balls out rock that ROADKILL usually serves up. The video was shot one night at rehear…