Tasmania based rockers Roadkill have released a video for their song “Breaking All The Rules” from their latest studio album Ruled By Machines, which will be re-released as a limited edition with two bonus tracks next year. 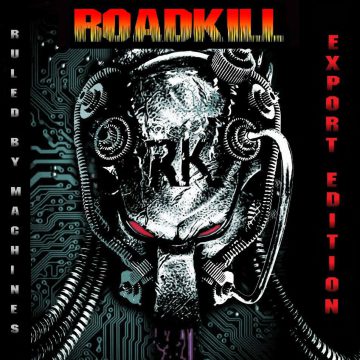 The following message was posted in part on Roadkill‘s Facebook page back on October 12, 2019 (with slight edits):

“To celebrate 12 months since the release of Roadkill‘s – ‘critically acclaimed’ – latest and 5th album release, “Ruled By Machines” – a new ‘Export Edition‘ run of only 200 units – will be released and will include 2 ‘previously’ unreleased tracks!

The 2 new ‘bonus’ songs are: a re-recorded version of an older Roadkill song, ‘Dirty Girls’ – which was originally featured on the bands’ 2nd album, ‘Profanity & Innuendo‘ (2012) and a ‘cover’ of AC/DC‘s ‘Touch Too Much’ – recorded to celebrate, 40 years since the the band’s last album with Bon Scott, ‘Highway To Hell‘!

Both songs were recorded during last year with producer Joe Haley (Psycroptic) when the band was tracking the RBM album and both will appear on the CD, fully mixed and mastered, unlike the video (uploaded to Roadkill official YouTube channel) for ‘Touch Too Much’ – where the audio is just a one take ‘demo’!…

** Producer Joe Haley is featured as a guest guitarist for the solo.

The CD artwork for the new ‘Export Edition‘ of “Ruled By Machines” – will be slightly different from the standard issued CD (photo is a basic idea and not the finished CD artwork) and will be released via the bands’ own label, 2 Dogs Inc.

All details regarding release date and pre-order will be announced next month!”

Roadkill‘s “Breaking All The Rules” video:

ROADKILL’S balls-to-the wall anthem, ‘Breaking All The Rules’ – is the latest video off the band’s – ‘critically acclaimed’ CD, “Ruled By Machines”!The video…