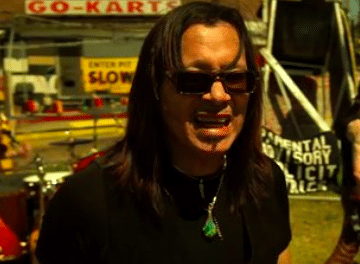 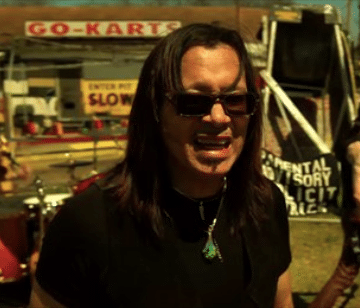 Spread Eagle released two albums — Spread Eagle (1990) and Open To The Public (1993) — before disbanding in 1995. The band’s original line-up consisted of Ray West on lead vocals, Rob De Luca on bass, Paul Dibartolo on guitar and Tommi Gallo on drums. The group reformed in 2006 and went through a few different line-ups with the last one consisting of West, De Luca, drummer Rik De Luca and guitarist Ziv Shalev, which released the critically acclaimed album Subway To The Stars in 2019.

In terms of what led to Spread Eagle disbanding in 1995 and whether he has any regrets, De Luca indicated: “I never quit Spread Eagle, so I have no regrets. Tommi was already gone. Then, later on, Ray quit. We discussed trying to replace him, but he’s irreplaceable. So, Paul quit a short time after. It was only me, one of our managers, Charlie Gambetta, and the touring drummer, Dave Femia, left.”

When Spread Eagle reformed in 2006, West and De Luca hit the road with John Macaluso on drums and Chris Caffrey on guitar. De Luca was asked whether Dibartolo and Gallo were asked to rejoin to which the bassist stated: “Yes, I’ve asked Paul to rejoin every time we were looking for a guitarist. Tommi was off the grid. Our lives had changed. That touring band was put together by our tour manager at the time, Ray Freeman Jr. It got us a taste of what was to come.”

On why the revised line-up featuring Macaluso and Caffrey ultimately not work, and how current drummer, Rik De Luca, and guitarist, Ziv Shalev, entered the picture, De Luca advised: “A musical fit is more important than anything when it comes to being in a band. No slight on anyone, but it just never felt like Spread Eagle until Rik and Ziv joined. Rik De Luca is an incredible drummer, and it was time for us to do something together. Rik brought in Ziv from a previous band they were in.”

You can read the rest of the interview with Rob De Luca at Vinyl Writer Music‘s website.