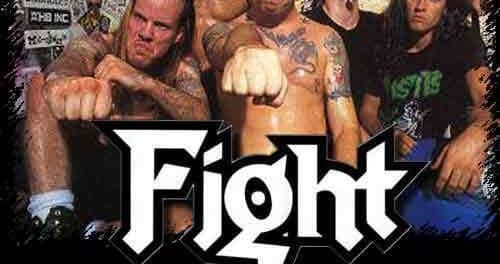 Judas Priest frontman Rob Halford performed live at Alice Cooper’s The Rock Teen Center in Phoenix, Arizona, USA on August 23, 2019 and also participated in a question and answer session afterwards. Ryan Witting of the Rockin’ You All Night was there that evening and reported the following in his concert review for Sleaze Roxx: 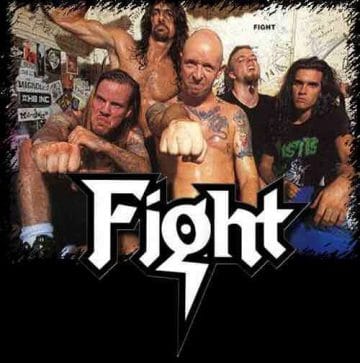 “One audience member asked if there was any chance of another Fight album being made. Fight was Halford‘s first post-Judas Priest band, which released two full-length albums — 1993’s War of Words and 1995’s A Small Deadly Space. Halford replied to the Fight fan base by saying , “I never say never.””

Wikipedia states the following about Halford‘s time in Fight (with slight edits):

“Halford first formed the band Fight with Judas Priest drummer Scott Travis, bassist Jack “Jay Jay” Brown and guitarists Brian Tilse and Russ Parrish, recording two albums between 1993 and 1995: War of Words (1993) and, after Parrish‘s departure and his replacement by Mark Chausee, A Small Deadly Space (1995). While the first one was a straightforward tough and solid metal record, the second record had a grungier sound, making it less appealing to fans who had developed a taste for his debut album.

Between the albums, Fight released an EP, Mutations, featuring War of Words studio versions, live cuts and alternate mixes. Immediately before this, Halford had recorded a track called “Light Comes Out of Black” for the 1992 movie Buffy the Vampire Slayer. The song featured music provided by Pantera, although their contribution is uncredited.”

Fight‘s “Nailed To The Gun” video: