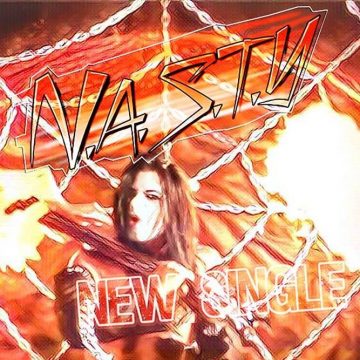 Ex-Loud N Nasty and current Danger frontman Rob Nasty has released a solo effort single and video for the song “Rock N’ Roll Made Me What I Am Today.”

Nasty commented on his solo single via his website robnastymusic.com: “This song is dedicated to the bands and the people who made me who I am today. Growing up with bands like KISS, The Runaways, Motley Crue, W.A.S.P, Twisted Sister, Alice Cooper all of which were discovered thanks to Hans Hatwig and his Swedish magazines Poster and Okej. This solo single is not that different from Loud n Nasty or Danger. N.A.S.T.Y. is not a band. It’s just me, myself and I.”

Sleaze Roxx asked Nasty if there was a follow up planned to Danger‘s 2014 self-titled release (which landed the #4 spot on Sleaze Roxx’s Top Ten Albums of 2014) to which Nasty replied: “At this moment, I write new music for Danger. Danger will release Danger on vinyl in 2017.”

Pre-order for Danger‘s self-titled album on vinyl can be made via Blastzone Entertainment‘s Bandcamp site.

This song is dedicated to the bands and the people who made me who I am today.Growing up with bands like Kiss, The Runnaways, Motley Crue, W.A.S.P, Twisted S…