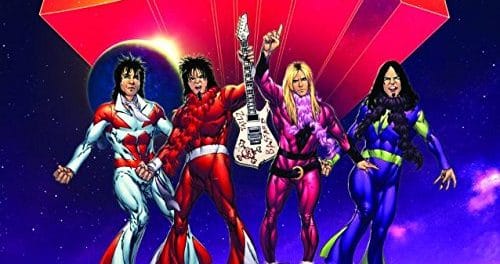 Current Midnite City and former Tigertailz frontman Rob Wylde was recently interviewed by Metal Mike for the 80’s Glam Metalcast podcast. Wylde was in Tigertailz from 2012 to 2021 and handled the lead vocals on the album Blast (2016). 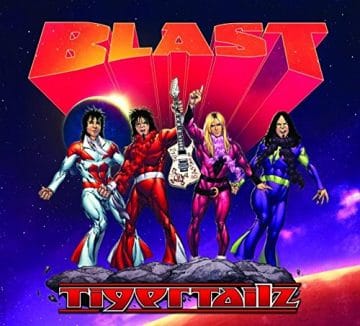 In terms of his exit from Tigertailz, Wylde indicated (as provided by the 80’s Glam Metalcast with slight edits): “I left the band in May of 2021. I’m not a believer in airing your dirty laundry in public. The one thing I will say is I left the band, I wasn’t fired. They are kinda making sound like I was fired. It had been something I had been thinking about doing for quite awhile before I actually did it. It wasn’t a snap decision. I loved singing the songs and doing the shows and all that, but all the stuff that was going on behind the scenes — that was the stuff I couldn’t deal with anymore. I was pretty happy to get out of it. It was just time for me to go, but I guess it was good while it lasted.”

With respect to the new Midnite City album, Wylde revealed: “We are currently working on our fourth album. We are quite a way through it, probably about 80% done. The plan is to have the album finished by the end of this month, mix [it] in February, hand it to the label in March, and it will come out in June. We’ve got a UK tour booked to coincide with the album’s release. We have some festivals in Europe lined up and some plans to visit some other countries as well. I think the material is a lot closer to what we were doing on our first two albums. The last album we did was a little heavier, a little darker in some places. This new album is going back to that fun, melodic pop metal stuff that we are known for. We’re still working on a title, but I have some ideas. I’m sure the other guys do as well. We’ll have to come up with something pretty quick! We’ll be announcing all that stuff soon.”

You can listen to the interview with Rob Wylde on the 80’s Glam Metalcast podcast below: