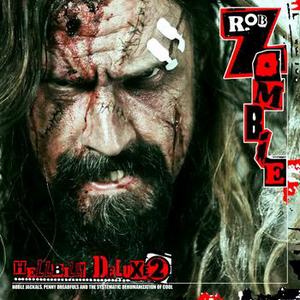 The album that all have been waiting for, HELLBILLY DELUXE 2 on Geffen Records will hit the street November 17th at a store near you! The first single WHAT? takes over the airwaves in the next week unleashing the monster Zombie has created. This latest masterpiece is the follow-up of his super smash triple platinum HELLBILLY DELUXE in 1998.

In support of this release Zombie will blasts off on tour in Phoenix, AZ on October 29th, Las Vegas, NV on the 30th, and a very special Halloween event on the 31st in Hollywood, CA hosted by Uncle Seymour Coffins also seen recently in HALLOWEEN 2. Zombie will be accompanied by his longtime band mates -guitarist John 5, bassist Piggy D, and drummer Tommy Clufetos.

This is the first headline tour since 2007 and will have other ghoulish delights in tow including openers Nekromantix and Captain Clegg & the Night Creatures last seen rocking Haddonfield and Michael Myers in Zombie’s new film HALLOWEEN 2. The tour will usher in Zombie’s forthcoming album HELLBILLY DELUXE 2 – Noble Jackals, Penny Dreadfuls and the Systematic Dehumanization of Cool (Geffen), a companion to 1998 original.

“I am bouncing off the walls like a mental patient”, says Zombie “That tells me it’s time to take it to the stage and let the demons loose.”