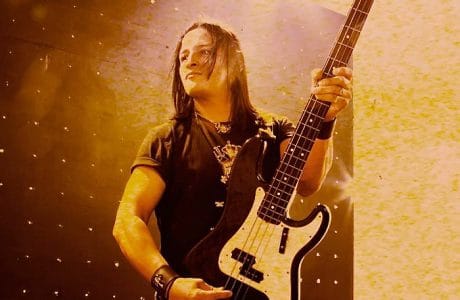 After Ratt posted and apparently subsequently removed a post on August 8, 2016 indicating that the band had parted with guitarist Nicholas “Blaze” Baum, bassist Robbie Crane has now announced two days later that he has resigned from his position as bass player for Blotzer‘s version of Ratt.

Headlines were made around the world when Ratt‘s long-time and former frontman Stephen Pearcy posted a photograph on July 30, 2016 of himself, bassist Juan Croucier, guitarists Warren DeMartini and Carlos Cavazo, and drummer Greg D’Angelo (White Lion, Stephen Pearcy) that was taken on July 29, 2016 for the Los Angeles birthday party of former RIP magazine editor Lonn Friend. This led to speculation that the five musicians might regroup as Ratt without Blotzer, which is something that has not been ruled out by Pearcy.

It was also reported that Blotzer walked off the stage after three songs at a gig at the First Council Casino in Newkirk, Oklahoma, USA on July 30, 2016. 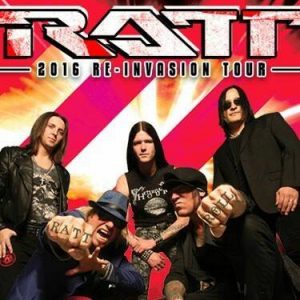 Thought I’d fill you in on what’s going on in my world.

As of today, I have resigned my position as the bass player of Bobby Blotzer‘s band “Ratt“.

While the events of the past few weeks did play a small role in my decision, I feel like it’s time for me move on and focus on the positive things in my life…

I wish Bobby the best in the future, and thank Warren, Stephen, Robin, and Juan for writing the great songs that afforded me the opportunity to live the dream!

Thank you for understanding and supporting me in my decision!

Please do not leave negative comments… If you do, I will delete and block you forever and you’ll never know how the story ends!