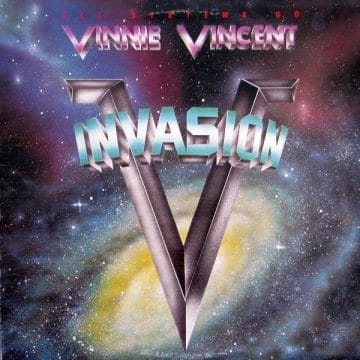 On whether it surprises him that people still love Vinnie Vincent Invasion‘s debut album after all these years, Fleischman indicated (as transcribed by the 80’s Glam Metalcast podcast with slight edits):

“No, I think the album is a cult classic, like a monster movie. When I listen to it now, I’m like “Gee I could sing high back then”! That album is so bombastic… There’s nothing like it. To this day, people still celebrate it on its anniversary and all that. People can’t get enough of it. It has some great energy. Not only is Vinnie a monster guitar player, but he is a great writer. That’s what attracted to me to work with him. The solos he did fit the character of what was going on. The whole thing was out in left field, but it worked.”

In regard to why he didn’t have a glam metal look like his Vinnie Vincent Invasion bandmates, Fleischman revealed: “The photo shoot looked like I was posing with three inflatable dolls…. three inflatable drag queens! We were doing the session and the stylist was like “Let’s cut his hair” to me. At the time, my hair was all the same length to my shoulders. Then all of a sudden, I hear the zipping going on… and they gave me the fucking poodle haircut! I was just livid. I was never really in the band. I just did the vocals. That was my intention. Vinnie just thought he could get his way with me in a sense. Then they did the Milli Vanilli thing were Mark Slaughter is lip syncing to my voice in the “Boyz Are Gonna Rock” video.

With respect to his successor in the band — Mark Slaughter — Fleischman indicated: ” For some time, I never gave Mark Slaughter much thought and I slagged him a bit in the press. Then a couple of years ago, I listened to an interview with him. He sounded like a really nice guy. He has a great work ethic, he plays guitar, and he’s still singing. He was offered a situation where he had to replace me. He had a opportunity when he joined Vinnie Vincent Invasion…. Good for him. I’ve seen him many times and he’s always been nice to me. We even talked about writing a song together. We are friends. I have no ill feelings toward him. I understand the whole thing, what he did… It was great. It put him on the fucking map. I have never heard the All Systems Go album. I never really heard any Journey albums after I left either. I think Vinnie believes Mark Slaughter was forced on him by the label, by Dana Strum, and all the powers that be. I think Mark fit the bill better than I did. I’m just too straight for all that. I grew up listening to The Beatles, The Stones, and The Kinks. I’m an old Mog. Putting on spandex pants is not my forte.”

You can listen to the interview with Robert Fleischman on the 80’s Glam Metalcast podcast below:

Vinnie Vincent Invasion‘s “That Time of Year” video (from All Systems Go album):