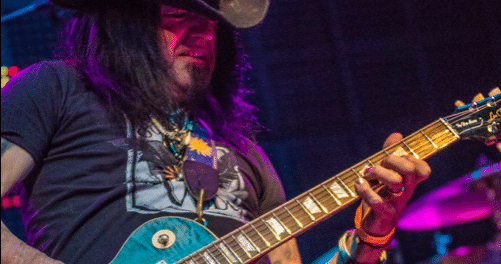 Hurricane guitarist Robert Sarzo was recently interviewed by Marcelo Vieira for Marcelo Vieira Music. Sarzo revealed during the interview that he was invited to audition for the guitarist spot in Ozzy Osbourne‘s solo band shortly after Randy Rhoads had passed away. Rhoads died at the age of 25 back on March 19, 1982 due to a plane crash in Florida, USA while on tour with Osbourne. 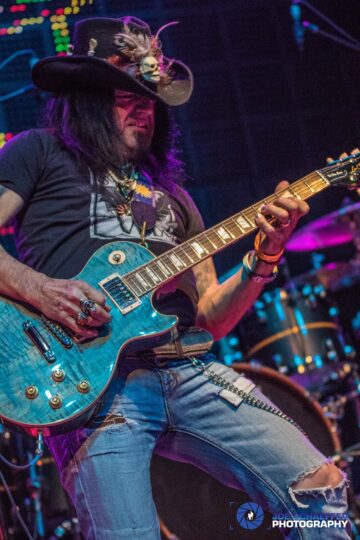 Sarzo indicated (as transcribed by Marcelo Vieira with slight edits): “Randy Rhoads died in that tragic accident. My brother [bassist Rudy Sarzo] recommended me, so Ozzy called me and asked me if I was interested in going to Los Angeles. I was already out of the band DL Byron. Got back from that tour so I said “Yes.” So Ozzy and Sharon [Osbourne] flew me the next day. I grabbed my Les Paul and went to LA. And Randy wasn’t even buried yet and that time that I was there. Sometimes my brother… him living in Los Angeles, [he] would pick me up while I was rehearsing with them in between rehearsals with Ozzy. He would take me to different places and that’s how I met Kevin DuBrow. He told me about Tony [Cavazo]. So, when that whole audition/rehearsal thing ended, I went back to New Jersey, but still had Tony‘s information, so I sold the house that I had in New Jersey, moved to the West Coast and contacted Tony, because I was putting Hurricane together. It took me a little while to get in touch with Tony, but meanwhile I checked with other musicians. But with Tony, we started writing together.”

In terms of his audition, Sarzo expanded and stated: “It was an audition, but I was in the band also. When Ozzy got back from doing the David Letterman show, that had talked about what happened with the airplane accident, Ozzy came to the rehearsal and we went through a bunch of songs and Ozzy after the rehearsal goes, “Hmmm, if you want it, you’re in the band”. So, I was in the band and he asked me if I want to go dinner with him and I said “No, I’d rather go back to the hotel room, keep rushing it up and finishing up everything because I knew then that we’ll be doing Madison Square Garden in New York City. So, I went back to the hotel [to] keep on working. I had a little cassette player with the cassette live recording I had of the Blizzard of Ozz that I had to record it cause my brother was in the band. Ironically, that recording is what I ended up using to memorize note by note what Randy had played live at that show.”

On why he didn’t stay in Ozzy‘s band, Sarzo explained: “What happened was that Don Arden had already flown Bernie [Tormé], which is the first gentlemen they had after the accident. Ozzy didn’t know that he was there, and Sharon didn’t know either, but he would come and hang out at our rehearsal. My brother didn’t know either. So here I am learning the songs, rehearsing with them, going back and forward hotel every day, rehearsing; we did it for about a week. But Don Arden flew Bernie and already paid him to do the tour. So, Ozzy and Sharon hired me, and then found out that Don Arden said “No, I already paid this other guitar player to do the tour”. So, they had to not have me to do the tour, even though I was the one that they picked.”

Sarzo added: “This is the way I look at it, Marcelo, it was a very difficult situation for the band. It was really a depressing environment… The whole time that I was there and I was rehearsing, it was not a happy moment. My brother lost his best friend here, his bandmate. The whole band was devastated… So, I was there just trying to help them finish their contracts. I didn’t look at it as “Oh my God! What a great opportunity!”, because I had just finished also doing my own record with DL Byron and a tour with Bob Seger doing arenas. We were the opening spot but it had a lot of good momentum. So, it was just a sad experience to see them all going through that and I have met Randy in New Jersey when they played at the Capitol Theater and he was just one of those really kind people, really nice guy, and it was just sad to see that he died so young…”

You can read the rest of the interview with Robert Sarzo in the Portuguese language at Marcelo Vieira Music‘s website (Part 1 and Part 2).