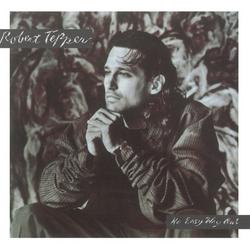 Robert Tepper’s ‘No Easy Way Out’ Gets Reissued

Robert Tepper’s 1986 debut album ‘No Easy Way Out’ has recently been digitally remastered by Yesterrock Records, and the CD is available for purchase at www.yesterrock-shop.com.

Robert Tepper (born Antonie Roberto Teppardo), raised up in New Jersey (USA). He began his career as a writer in New York City and paired up with Benny Mardones. Together they wrote Mardones’ Pop Hit “Into The Night” which earned a Grammy Nomination. Robert was without a doubt a talented musician as he wrote music, played guitar, bass, keyboard and had a stunning voice.

In 1985 he signed a record deal with Scotti Brothers. The day when Sylvester Stallone listened to the song “No Easy way Out”, he chosed the song for the Soundtrack “Rocky IV”. “No Easy Way Out” became one of the biggest hits in 1986. The single climbed into the US TOP 30.

After the second album “Modern Madness” (1988), Tepper got caught up in the recording industry politics and was chained without being able to get out of a deal for several years. Without being able to record any new solo album, Tepper accepted the chance to join the reformed act Iron Butterfly, which he toured America.

Robert finally got out of the deal with Scotti Brothers and was free to record as a solo artist again. After years of been locked away and spending the time writing songs, Robert felt strong enough to get back to the action again and decided to get a new album out. In 1996, “No Rest For The Wounded Heart”, his third solo album, finally was released on MTM MUSIC.

“No Easy Way Out” is without any doubt a must have for any lover of Classic Melodic Rock! Thanks to the kind collaboration with Sony Music Germany, this digitally remastered album is available again.