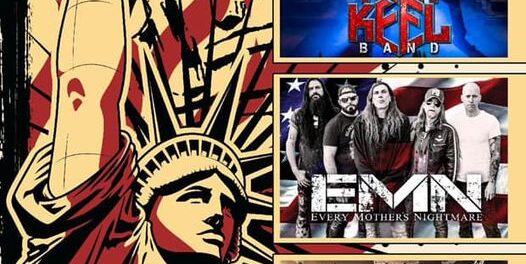 The record label HighVolMusic has assembled a tour package titled Rock Across America Tour 2021 featuring three of its acts on its label consisting of the Ron Keel Band, Every Mother’s Nightmare and A Rising Force. 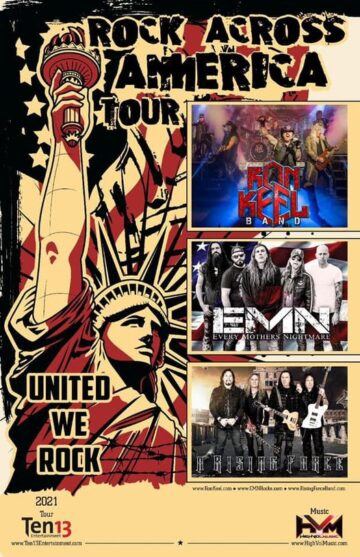 The following message was posted on Every Mother’s Nightmare‘s Facebook page earlier today:

Rock Across America is a triple-threat tour, featuring three bands united on the HighVolMusic record label, backed by the powerhouse marketing & promotion team of HVM Entertainment and booked by Ten13 Entertainment.

Million-selling rocker Ron Keel Band gives you “The Right To Rock,” EMN/Every Mother’s Nightmare (“Love Can Make You Blind”) is back with an acclaimed new album “Resurrect the Faithful” and A Rising Force kicks off the show in support of their new 2021 album “Undertow.”

The Rock Across America tour combines decades of old school rock with a new world attitude. Call or email for details, availability, and pricing.

Every Mother’s Nightmare‘s “Breathe” video (from Resurrect The Faithful album):