The Rock and Roll Hall of Fame continues its perplexing decisions on which artists and/or bands to induct every year as 2021 nominee Iron Maiden did not make the cut this year. 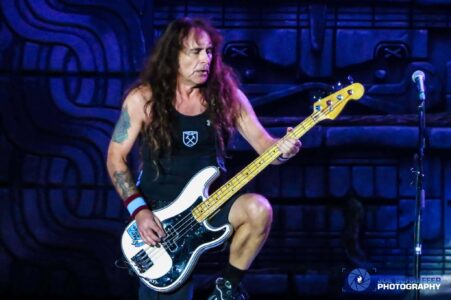 Pioneers of the new wave of British heavy metal, Iron Maiden achieved initial success during the early 1980s. After several line-up changes, the band went on to release a series of UK and US platinum and gold albums, including 1980’s eponymous debut album, 1981’s Killers, 1982’s The Number of The Beast, 1983’s Piece of Mind, 1984’s Powerslave, 1985’s live release Live After Death, 1986’s Somewhere In Time, 1988’s Seventh Son of A Seventh Son, 1990’s No Prayer for The Dying, and 1992’s Fear of The Dark. Since the return of lead vocalist Bruce Dickinson and guitarist Adrian Smith in 1999, the band has undergone a resurgence in popularity, with a series of new albums and tours. Their 2010 studio offering, The Final Frontier, peaked at No. 1 in 28 countries and received widespread critical acclaim. The sixteenth studio album, The Book of Souls, was released on 4 September 2015 to similar success, debuting at number one in the album charts of 43 countries.

Iron Maiden are considered one of the most influential and successful heavy metal bands in history, with The Sunday Times reporting in 2017 that the band have sold over 100 million copies of their albums worldwide, despite little radio or television support. The band and particular musicians of the band have received multiple nominations, honours and awards including Grammy Awards and equivalents awards in many countries, Brit Awards 2009, Silver Clef Award, ECHO Awards, 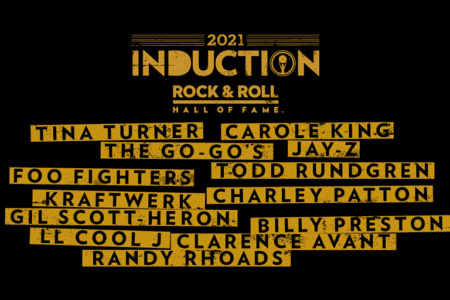 Juno Awards, Emma-Gaala Awards, Nordoff Robbins Award (International Achievement 2002), Ivor Novello Awards, Public Choice International, Classic Rock Roll of Honour Awards among many others. Iron Maiden were inducted into Hollywood Rock Walk and Kerrang! Hall of Fame in 2005. In April 2021, ex-members of the band were inducted into the Metal Hall of Fame. As of October 2013, the band have played over 2000 live shows throughout their career. For 40 years, the band have been supported by their famous mascot, “Eddie“, who has appeared on almost all of their album and single covers, as well as in their live shows.”

The Rock and Roll Hall of Fame‘s website indicates the following about its selection process and 2021 ceremony:

““This diverse class of talented Inductees reflects the Rock Hall’s ongoing commitment to honor artists whose music created the sound of youth culture”, said John Sykes, Chairman of the Rock & Roll Hall of Fame Foundation. “It will make for an unforgettable live celebration of music in October at this year’s Induction Ceremony in Cleveland.”

To be eligible, artists are required to have released their first record 25 years prior to induction. Learn more about the qualifications and categories here: rockhall.com/inductees/categories

Ballots were sent to an international voting body of more than 1,200 artists, including current living Inductees, historians and members of the music industry. Factors such as an artist’s musical influence on other artists, length and depth of career and the body of work, innovation and superiority in style and technique are taken into consideration.

The 36th Annual Rock & Roll Hall of Fame Induction Ceremony will take place on Saturday, October 30, 2021 at 8 p.m. ET at Rocket Mortgage Fieldhouse in Cleveland, Ohio with a radio simulcast on SiriusXM’s Rock & Roll Hall of Fame Radio channel 310. The Induction Ceremony will air at a later date on HBO and stream on HBO Max. Tickets go on sale to the public and members in July.  Select Rock Hall donors and members get exclusive Induction ticket opportunities. Donate or join by June 30, 2021 to be eligible. Visit rockhall.com/join to learn more.”