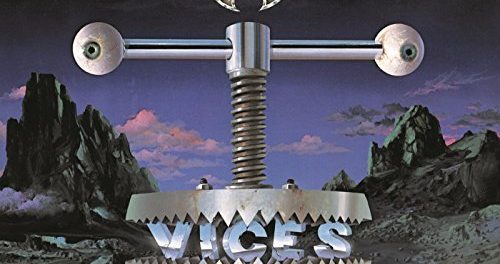 Good news for Kick Axe fans as Rock Candy Records will be re-issuing three of the Canadian rockers’ albums, namely Vices (1984), Welcome To The Club (1985) and Rock The World (1986). describes the releases as follows:

Canadian rock has always been highly regarded amongst discerning heavy metal fans. In general, the quality of the craftsmanship, songwriting and playing is, in many respects, superior to any other country in the world, lending the acts an air of confidence and accomplishment that has always impressed. Kick Axe were, it must be said, one of the best Canadian hard rock acts that emerged during the early eighties, rubbing shoulders with other hot contenders such as Helix, Coney Hatch and Anvil to name but a few.

The Saskatchewan based five piece were initially formed by two brothers, that’s Larry and Brian Gillstrom, together with bassist Victor Langen, all spurred on by the onslaught of British metal acts such as Judas Priest and Iron Maiden. Their intention was to craft a unit that embraced all the cut and thrust of the original genre, while injecting their sound with a melodic and contemporary edge. Signing to CBS Records in Canada the band was then, surprisingly, taken under the wing of Pasha Records in the USA, home of multiplatinum sellers Quiet Riot.

Produced by Spencer Proffer (Quiet Riot, King Kobra, W.A.S.P.) and originally issued in 1984, the album contains a sterling selection of tracks that place the band center stage in the burgeoning mid 80s hard rock renaissance, and give vocalist George Criston room to impress at every turn. As a prime example of 24 Karat Canadian rock, ‘Vices’ takes no prisoners and lays down the law with focussed intent. 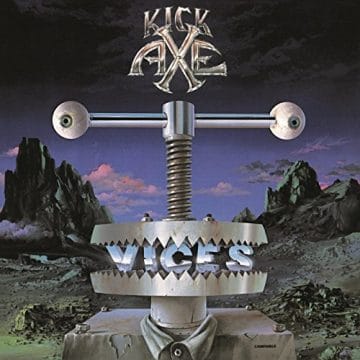 making of the album, New interview and enhanced artwork.

Kick Axe On The Road To Rock

In 1984 Pasha/CBS released the Kick Axe Album Vices. Along with this release the Video On The Road to Rock was released to the Television stations in North A…

KICK AXE’S WELCOME TO THE CLUB:

The mid 80s was an extremely healthy time for hard rock and heavy metal. It was also a prime era for Canadian acts, which seemed to be appearing at an alarming rate and all with one thing in common; they were consistently accomplished and uniquely skilful. Several of them were going global, such as Rush, Triumph and April Wine, but it was at a grass roots level that the real impact was being felt, with Kick Axe being at the sharp end of this new wave of maple leaf metal.

Following on the heels of their debut album, Kick Axe got right back in the saddle with a well-crafted follow up; ‘Welcome To The Club’, produced, once again, by Spencer Proffer (Quiet Riot, King Kobra, W.A.S.P.) and his, for this record, assistant Randy Bishop. It was a far more mature recording, exuding a new level of sophistication by bringing in to play the sort of sound being pioneered by artists such as Queensryche and Dio. They didn’t, however, take their eyes off the prize, keeping brute force to the fore and all hands on the steering wheel.

Issued in 1985, the record received, quite rightly, solid critical praise as it contains a brace of killer tracks, including ‘Feel The Power’, ‘Hellraisers’, ‘Make Your Move’ and a surprising cover version of the Beatles’ ‘With A Little Help from My Friends’ that features several prominent Canadian musicians, including members of Triumph, Coney Hatch, Toronto, Sheriff, and Lee Aaron. 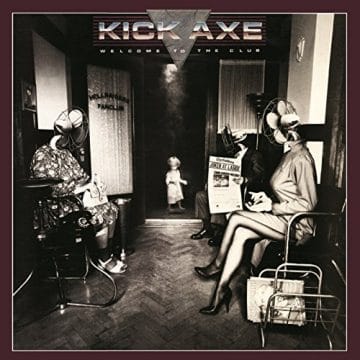 had prevented them from commercially developing their unique abilities. The recording of ‘Rock The World’ showed that they could not only write great material but also refine their style of grandiose hard rock to reach its full potential.

Issued in 1986, the record features ten superlative tracks; from short sharp red hot rock to captivating widescreen epics such as ‘We Still Remember’, ‘Magic Man’ and ‘Warrior’, all emblazoned with grandiose arrangements, yet offering a firm power metal foundation. The production, handled by the band, is crisp and tight, giving no indication that they were forced to record the album on a shoestring budget. Truly, this is one of the rock world’s best kept secrets, deserving of a place in any discerning collection. 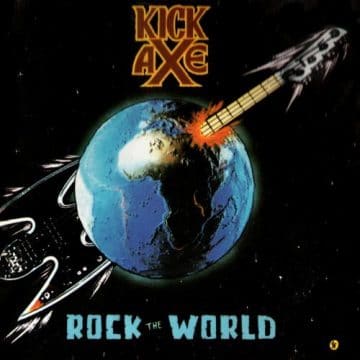