Rock Candy Records are reissuing four albums including Tyketto‘s Don’t Come Easy and Salty Dog‘s Every Dog Has Its Day. In addition, the record label has announced the launch of an US operation starting on November 18, 2016 as RED Distribution will be distributing Rock Candy Records in North America.

“The times they are a-changing, but luckily there remains one constant: great music will live forever and in the catalogue and reissue world that has never been more relevant.

In the land of rock, that’s hard rock, heavy rock, classic rock or, call it what you will rock, no label has won more acclaim and earned respect than Rock Candy Records. Owned and founded by former music journalist and A&R man Derek Oliver, Rock Candy has focused on breathing life into records that deserve a place in the pantheon of rock history.

Operating out of London, England for the last eight years, the label specialises in revisiting some of the most important and significant records from the 70’s, 80’s and 90’s.

From Ted Nugent to Rick Springfield, by way of Quiet Riot, Dokken, Billy Squier, Toto, Ratt, R.E.O. Speedwagon, L.A. Guns, Ace Frehley, Hanoi Rocks, and Kansas, the label has re-activated some of the greatest records of the last forty years, buffing them up, and re-positioning them as 24 Karat diamonds. To date, Rock Candy has re-released over 300 titles in Europe. 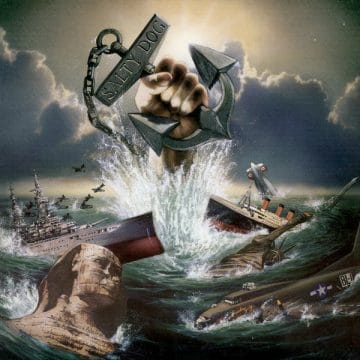 Rock Candy has made a concerted effort to dig deep and unearth a string of lesser known acts and records ripe for reappraisal, albums that have always been hot on the collectors market but overlooked at the time of release or just slipped below the surface through no fault of their own. Records by Montrose (the band who wrote the track that inspired the company’s name), Hughes/Thrall, The Godz, Blue Murder, Smashed Gladys, Girl and Blackfoot) have all been brought back to life for a victory lap. Having conquered Europe, Rock Candy has now set up shop in North America, happily partnering with industry powerhouse RED Distribution.

It’s a match made in rock n’ roll heaven and one that will shortly see the launch of a U.S. offensive, starting with four tantalising titles on Friday, November 18th.

RED President Bob Morelli comments, “Derek Oliver’s Rock Candy imprint and RED are a perfect fit. Already a leader in unearthing the best in-demand out of print rock titles in Europe, the label joins RED like-minded music strategy in the U.S. As we outpace industry growth in vinyl Market Share, the addition of Rock Candy will help keep that trend alive and we are thrilled to have them on board.”

Keep an eye and, especially, an ear out for future offerings, but for now please raise a glass and join us for a toast to the imminent arrival of the following four solid gold classics all released on Friday, November 18th.

These forthcoming CD titles along with limited-edition select merch are available for pre-order now at the newly launched Rock Candy U.S. storefront. 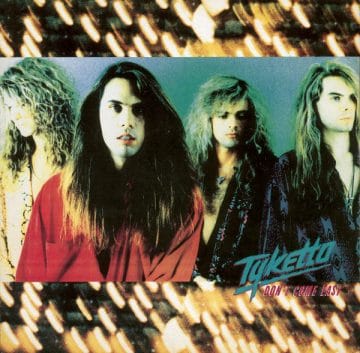 The Nymphs were signed to Geffen Records in the late 80s on a wave of hope and excitement. Fronted by Inger Lorre, she soon attracted a reputation for being controversial, volatile and unapologetic. She was unquestionably the real deal – and this record is a bonafide snapshot from the edge of Hollywood babylon during a time when music was being revolutionised in Los Angeles.

Sammy Hagar‘s early studio work was often considered rather dull compared to his work with Montrose, but his1978 live album suddenly reversed that criticism. Most live records are compromised by studio fixes but this record is pure dynamite – warts and all. Sammy’s performance is phenomenal and the energy level is through the roof.

Formed in Los Angeles during the late 80s, Salty Dog honed their chops and assembled a line-up that was very different from what was happening on MTV. Indeed, the band’s style incorporated a number of influences, from the old school rock of Led Zeppelin to the contemporary cut and thrust of Guns ‘N Roses. It was a sound that paid homage to the blues; that’s the vintage gnarly influences of Muddy Waters and T-Bone Walker.

The early 90’s presented a massive challenge to melodic rock bands, with the musical climate being transformed by grunge, a rush of angry young men playing stripped down rock built on angst and melancholy. For Tyketto this landscape meant that their arrival would be subjected to a chilly reception. Undaunted they were signed to industry giant Geffen Records and cut this, their powerful debut album. Inexplicably, the label sat on the completed record for over a year, but by then it was already too late.”