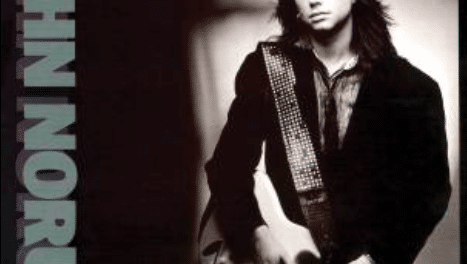 Europe guitarist John Norum‘s solo album discography has been given a big boost as Rock Candy Records has reissued his solo albums Total Control (1987), Face The Truth (1992) and Another Destination (1995). The three reissued albums are available directly from Rock Candy Records‘ website.

When guitarist John Norum left Europe in 1986, at the very height of their popularity, the news was met with shock and incredulity. It was a stunning decision considering that he had been a founding member of the band (and its predecessor Force) for seven years and seemed so musically at ease with their exciting and successful brand of melodic rock. There was a lot of head 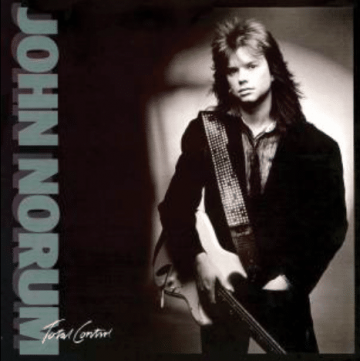 scratching and amazement that someone with his fortitude and talent could turn his back on mass adoration and financial security by leaving Europe to follow his own muse. But all was not lost as John’s game plan was simple and deftly executed, setting course for a well received solo career.

Recruiting a new backing band of long-time musical friends (including Marcel Jacob, a former Europe member, on bass) and continuing his relationship with Swedish executives at the Sony label, he redefined his ambitions away from the lighter pop rock path of Europe. This time around the music was harder, heavier and full of serious conviction, allowing John to unleash full on guitar work, woven within leaner and meaner songs. Whilst his soloing had always been impressive, this time around the playing was simply out of this world.

Centre stage on three tracks was vocalist Goran Edman whose forceful and melodic voice is delightfully mature, lending the material a worldclass sheen. Indeed, Norum’s own voice was just as impressive. Songs such as ‘Let Me Love You’, the Whitesnake-influenced ‘Blind’ and ‘Someone Else Here’, set an impressive standard. Oh, and look out for the choice cover of the Vinnie Vincent penned ‘Back On The Streets’.

The shock of John Norum’s departure from Europe was a disappointment somewhat tempered by the release of his debut solo album, a work of real purpose and commitment to a heavy sound and style that suggested his tenure in Europe was not as 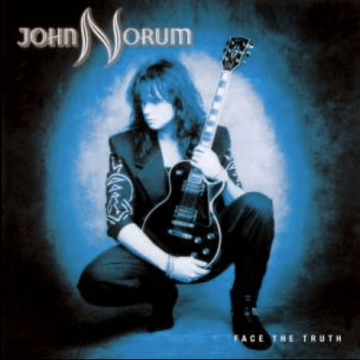 musically harmonious as originally thought. Norum, it seems was somewhat aggrieved that too much pop was being woven into Europe’s sound and that the original intention of a hard rockin’ unit in the manner of Deep Purple and Rainbow had been sidelined. It was a fair conclusion and one that sparked a well received solo career.

Following his debut, John worked in Los Angeles joining forces with Don Dokken for Don’s debut solo album ‘Up From The Ashes’ and toured the USA extensively. It was a positive experience that also led John to enter into a stunning collaboration with Glenn Hughes, the wayward bassist / vocalist of Deep Purple and more recently in Hughes/Thrall. John’s second solo album, titled ‘Face The Truth’, was a match made in heaven, with Norum and Hughes providing a number of high energy yet melodic hard rock tracks that stand proud as musical highlights in an era that was slowly succumbing to the emergence of grunge.

Originally issued in 1992, and recorded in Los Angeles, the album boasts a number of stunning tracks, including ‘Still The Night’ a re-recording of a Hughes/Thrall song originally released on the much praised Phenomena concept album. Also included is ‘Opium Trail’ a tribute to Norum’s enduring love for Thin Lizzy, and a well received co-write with Joey Tempest titled ‘We Will Be Strong’.

John Norum‘s “We Will Be Strong” video:

The former lead guitarist for Europe, John Norum’s career had blossomed since his departure in 1986. With two well received solo albums under his belt, including ‘Face The Truth’ featuring Glenn Hughes on lead vocals, he set about recording his next 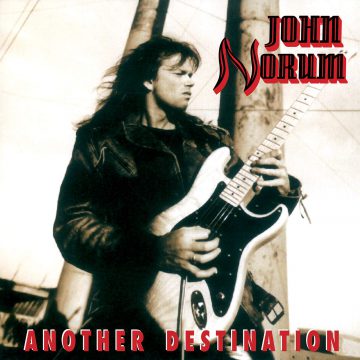 album in Los Angeles using a template very much cast by a solid commitment to heavy, yet melodic hard rock embellished with soaring lead guitar and worldclass vocals. For John Norum, the emergence of grunge in the early ‘90s was an aberration that had virtually no impact on his personal musical vision.

‘Another Destination’, originally issued in 1995, was recorded in his adopted home of Los Angeles, and benefits hugely by the presence of vocalist Kelly Keeling, a classic gravel-throated blues based frontman who was previously a member of Baton Rouge. Norum also enlisted drummer Gary Fergusson who had played with Gary Moore and Hughes/Thrall. Again, like the previous albums, it was a dream team of talent that crafted a record of immense firepower, allowing John to unleash a tirade of hard riffs and blistering solos.

Amongst the melee of full-throttle melodic rock are two choice covers; ‘Sunshine Of Your Love’, originally penned by Cream, and Humble Pie’s ‘Strange Days’, both tracks indicating his devotion to blues-based rock. Elsewhere the material is impressive and fully-formed, indicating that John’s original decision to leave Europe was well-founded and it also paved the way for him to rejoin his former compatriots in 2003, when their sound was re-engineered, reflecting their original harder rock ambition.