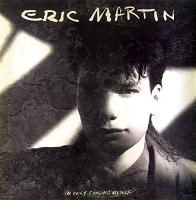 WHEN HUGELY popular hard rockers Mr Big’s single ‘To Be With You’ shot to #1 in the American charts in 1992 most assumed that it was an overnight rags to riches story.

For Eric Martin, the road to success had, in many respects, been long and frustrating. Based in San Francisco and managed by Journey Svengali Herbie Herbert, Martin’s career had long been big on promise but low on results. Amongst the critical cognoscenti, however, his reputation as one of the world’s best vocalists was always in the ascendant with praise never far from sight and always gushing.

‘I’m Only Fooling Myself’, his second solo album, originally issued in 1987, is a work of sublime perfection. It is an album that fully supports the notion that Eric Martin is blessed with one of the world’s greatest voices. In addition, the choice of material is truly astounding with song writing contributions from such impressive names as Nicky Chin, Paul Gurvitz, Simon Climie, Rob Fisher, Billy Steinberg, Tom Kelly, Dan Hartman and Myles Hunter to name but just a few.

Truly one of the greatest AOR albums of all time from unquestionably one of the world’s most revered vocalists.

Track listing: ‘These Are The Good Times’, ‘If You Believe Me’, ‘Everytime I Think Of You’, ‘I Can’t Relax’, ‘I’m Only Fooling Myself’, ‘Confess’, ‘Unfinished Business’, ‘Crazy World Like This’, ‘This Is Serious’, Gonna Make A Lover Out Of You’. 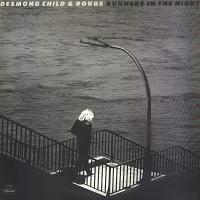 As the composer of numerous world wide smashes whose roll call of success includes songs performed by a plethora of top international talent from Bon Jovi (‘Livin On A Prayer’), Kiss (‘I Was made For Lovin’ You’), Aerosmith (‘Dude (Looks Like A Lady’), Alice Cooper (‘Poison’), Joan Jett (‘I Hate Myself For Lovin’ You’) to Ricky Martin ‘(‘Livin’ La Vida Loca’) and many more in between, Desmond Child’s influence on contemporary music is all encompassing and hugely influential.

But it wasn’t always that way. Back in 1977 Desmond was just another struggling New York City based performer/songwriter trying to catch a break in a business whose bedside manners left a lot to be desired. As the architect of Desmond Child And Rouge his vision was, even for the time, wildly on the theatrical side. Featuring no less than three female lead vocalists – that’s Maria Vidal, Myriam Valle & Diana Grasselli – and a style that could best be described as both flamboyant and beguiling, the band recorded two critically lauded but commercially rather unsuccessful studio albums.

‘Runners In the Night’ is generally regarded as the troupe’s piece de resistance, a record full of delightful twists and turns with a forceful melodic rock quotient that has been recognised as one of the genre’s most ambitious and impressive creations. Make no mistake, this is one of the best, if unheralded, AOR releases of all time. 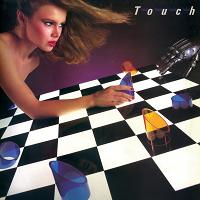 DURING THE LATE seventies and early eighties the American rock scene was bursting with deliciously ambitious talent, none more so than New York based quintet Touch. Led by Mark Mangold, a veteran of the scene, the band locked into a style of melodic hard rock music that would eventually father multi platinum artists such as Bon Jovi, Nightranger, Survivor and ? Focusing on supremely crafted songs with huge hooks, luscious vocals and razor sharp arrangements, the bands debut album immediately struck a chord with fans and critics alike.

With such rich talent on display it was hardly surprising to find that the band courted by some of the biggest powers in the industry including Deep Purple manager Bruce Payne, and Atlantic Records sister label Atco, with whom the band eventually signed in 1980. Produced by renowned English producer Tim Friese Greene, the Touch album caused a sensation amongst fans of the genre being hailed as in instant classic and a record that would go on to become a touchstone for AOR in general.

Sadly, unlike their contemporaries, Touch never received the commercial acclaim that their music undoubtedly deserved. Despite this, however, the Touch legacy continues to endure to this very day.

SPECIAL OFFER: For the next month until June 30th 2008 selected titles listed below will be available at a special discounted price of just £6.99 including shipping to anywhere in the world…or beyond!

Just visit the STORE page and order in the normal way using the shopping cart.