Rock Candy Records has three new releases available consisting of White Lion‘s Pride, White Lion‘s Big Game and Jeff Paris‘ Wired Up. All of these releases have the usual Rock Candy trimmings: 24-bit remastering from original source tapes, weighty essays about the making of the album, full artist involvement, new interviews, enhanced artwork and additional photos spread out over large full colour booklets. The reissued releases are available from Rock Candy Records and you can them for a limited time (the offer ends on September 3, 2015) at a discounted price inclusive of postage to anywhere in the world.

Regarding White Lion‘s Pride, Rock Candy states: “White Lion‘s rise to stardom was not without its fair share of difficulties. However it was a struggle well worth contesting and one that ultimately paid handsome dividends when Atlantic Records signed the band. Electing to work with seasoned producer Michael Wagener (Dokken, Mötley Crüe) and recording in Los Angeles, Pride hit the racks to great critical and commercial acclaim. Stuffed to the brim with numerous red-hot slices of melodic yet heavy rock, the album fast became one the era’s cornerstone releases, packing punches and knocking down barriers. Originally issued in June 1987, the record was propelled by the catchy single “Wait” — a track that caught fire at both radio and MTV, helping to establish the band as front line contenders. However, it was the power ballad “When The Children Cry” that really accelerated sales, to two million and counting. Truly, one of the most heart-warming outcomes in the music business.” The reissued Pride CD comes in a special deluxe collector’s edition, has a fully remastered sound, five bonus tracks, a 16 page full colour booklet, a 4,000 word essay, enhanced artwork and rare photos. 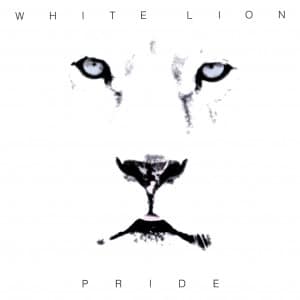 With respect to White Lion‘s Big Game, Rock Candy indicates: “Big Game was a fine follow-up to their double platinum selling Pride album, but it was recorded in a state of high anxiety. The band had spent almost a year touring the world and was immediately ushered back into the studio by their label and managers who were eager to capitalise on the success, so there was pressure to write and record in double quick time. Working once again with trusted producer Michael Wagener, and recorded in Los Angeles, the band jumped head-first into material, written by Mike Tramp and guitarist Vito Bratta over an intense three day session. That they came up with a number of quality songs is testimony to their talent and tenacity. Pitched somewhere between Led Zeppelin and Van Halen, tracks such as the lyrically poignant “Little Fighter” and “Cry For Freedom” lead the charge but it’s their creative cover of Golden Earring’s “Radar Love” that more than steals the show.” The reissued release comes as a special deluxe collector’s edition, has a fully remastered sound, three bonus tracks, a 16 page full colour booklet, a 3,500 word essay, enhanced artwork and rare photos. 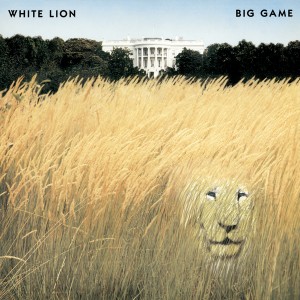 Finally, in regard to Jeff Paris‘ Wired Up, Rock Candy states: “Signed to Mercury Records by the very same person who inked Bon Jovi, Cinderella and Kingdom Come, the signs looked very good indeed. So good in fact that, despite a lack-lustre reception to Jeff’s debut album Race To Paradise, the label dug down deep to back a follow up, the sensational Wired Up, a record brimming over with confidence and optimism. Produced by Tony Platt (AC/DC, Krokus and Foreigner) and mixed by Bob Rock (Mötley Crüe, Bon Jovi, The Cult), the record was infused with some of the best melodic hard rock of the era. Issued in 1987, to gushing reviews, the album contains ten melodic rock nuggets, garnished with razor sharp guitars and a souped up rhythm section part consisting of future Guns N’ Roses drummer Matt Sorum. Tracks such as “Saturday Nite”, “Charmed Life” and “Cryin’” (later successfully covered by all female rock band Vixen) makes for an album that not only exudes excitement but showcases Paris as an exceptional songwriter. The reissued release comes as a special deluxe collector’s edition, has a fully remastered sound, three bonus tracks, a 12 page full colour booklet, a new interview with Jeff Paris, a 2,500 word essay, enhanced artwork and rare photos. 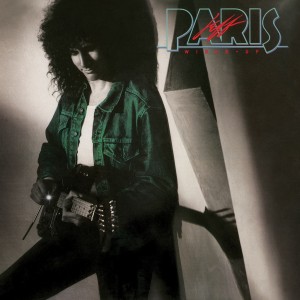