Some details have now been divulged with respect to the sixth edition of Rock N Skull, which will take place from October 26 to 28, 2018. 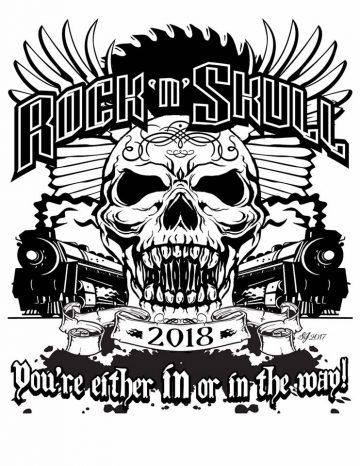 “Here is the update and general info:

Tickets: will go on sale in January 2018 to past RNS attendees and general public Saturday Feb 17 10 a.m. CST

If you loved Rock N Skull/ Skull Fest back in Nebraska, at Goodfella’s in Pekin or Diesel Dicks in Tremont then your going to LOVE what we have planned for you. Twenty bands over three days, one crazy rock star emcee and you !!!! January 1st we will reveal more info, venue, ticket prices, and the emcee for 2018!!!!