After a post on H.E.A.T‘s Facebook page earlier this morning created a swirl of excitement and rumours that the band would be Tigertailz‘s replacement today at the Rock N Skull Festival, the festival’s organizer Justin Murr has announced that H.E.A.T will not be playing Rock N Skull today. 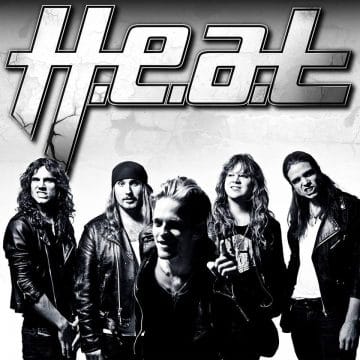 “H.E.A.T. Is not here…. we would love if they were but they are not
Have been being inboxed all morning

Melodic Rock principal Andrew McNeice who also had a hand in organizing the 2016 edition of Rock N Skull just posted the following comments on Facebook:

“HEAT are not playing at Rocknskull today. No idea why anyone would think that or jump to that conclusion.”

“3 of the guys are here with Martina, but Erik is not flying in.”