Despite all of its financial struggles and line-up changes in recent years, the Rock N Skull Festival continues chugging along and will be back for its seventh edition, which is being advertised as a free two day event in Peoria, Illinois, USA on November 1 and 2, 2019.

No bands have yet to be announced but it would be surprising if The Fifth led by former Cold Sweat lead vocalist Roy Cathey was not part of the line-up given that the band has taken part in all of the Rock N Skull‘s prior editions. 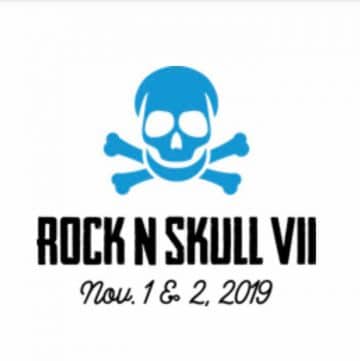 “Nov. 1 & 2, 2019 ….RNS returns for the seventh time and this time it will be FREE, No Cover, No Price For Admission, NOTHING, just come and prepare yourself for two days of debauchery. Line-up to be announced !!! Make plans now and did we mention it was free !!!

Sleaze Roxx attended the Rock N Skull Festival‘s fourth edition back in October 2016 and concluded on its concert review for Day Three:

“I usually don’t include a section like this in any of my concert reviews but I’ve got to thank a number of people. First and foremost, thank you to Justin Murr for putting on such a great event. It was truly a lot of fun! Could it have been better organized? Sure. Could there have been certain predictable and preventable situations? Absolutely. That being said, and having organized city wide sporting events myself including a tennis tournament lasting about ten days, I can tell you that shit happens –– some predictable and some not, people don’t come through and it always feels like a mad rush at the end to get everything ready. I am pretty sure that Murr isn’t making a whole lot of money on this venture and is doing this in large part because he just loves the music and wants to keep the scene alive. So thank you Justin Murr. Thank you for all your hard work and putting on a really fun and great event!”