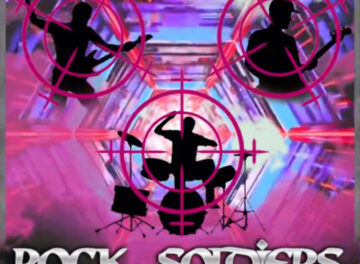 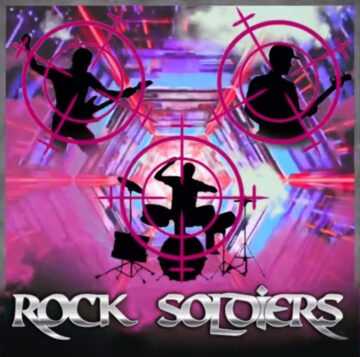 Rock Soldiers consisting of Metal Mike on lead vocals and bass, Brian Stang on drums and new member Mathias Jensen on guitars have unveiled their new single “Make You Tough.”

“The Rock Soldiers are back with their new single “Makes You Tough”. Rock Soldiers is a recording project featuring “Metal” Mike Ceena (Host of the 80’s Glam Metalcast) on bass and vocals, Brian Stang on drums, and new addition – Mathias Jensen on guitar. “Makes You Tough” harkens back to the classic sound of bands like Ratt, Dokken, and Motley Crue… and it’s not forced.

“It’s in our blood” states singer/bassist Mike Ceena. “We’ve been listening to and loving 80’s Hard Rock as long as we can remember, so when we write, that’s just how it comes out”. Lyrically, you can tell it’s no longer the 80’s! “I try and write from a realistic point of view of where I am at today”, say Ceena. “Makes You Tough is meant to inspire. You may be going through some rough stuff, but you’re going to come out better and stronger when it’s over”. “Makes You Tough” is currently on YouTube and streaming services like Spotify.”