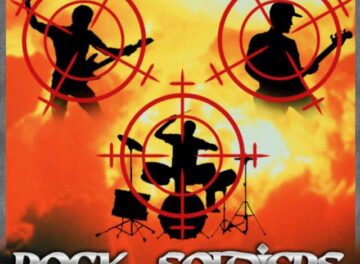 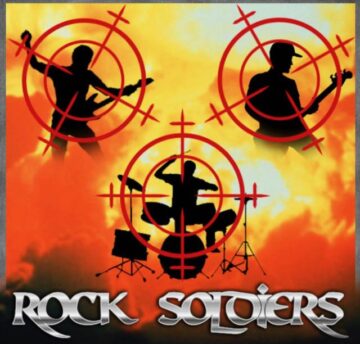 Rock Soldiers consisting of “Metal” Mike Ceena on vocals and bass, Brian Stang on drums and Sean Senhenn on guitar have released their debut single “Never Givin’ Up.”

““Never Givin’ Up” is the debut single from Rock Soldiers. Rock Soldiers is the new recording project featuring “Metal” Mike Ceena (Host of the 80’s Glam Metalcast) on bass and vocals, Brian Stang on drums, and Sean Senhenn on guitar. The boys started doing long distance covers together on YouTube and things evolved from there. The project brings classic hard rock from the 80’s into the modern day and listeners are eating it up! Some comparisons have been “if Taime Downe sang for White Lion” and “if Winger, Ratt, and Alice Cooper had a love child”. You be the judge. The debut single is out now on all streaming platforms. More hard rockin anthems are on the way from the Rock Soldiers!”