Italian rockers Rockstar Frame have released a new single titled “Like A Monster” from their upcoming album Stand Up… Jump ‘N’ Fly, which will be available via Volcano Records on February 12, 2021. 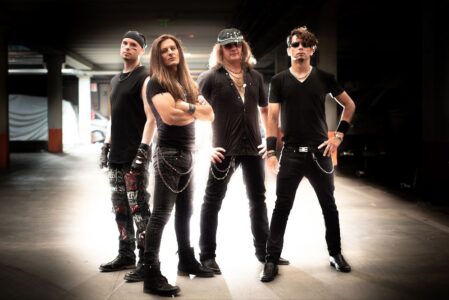 “Hard rock quartet, Rockstar Frame, release another single “Like A Monster” out of new album Stand Up… Jump ‘N’ Fly out on February 12th via Volcano Records / Musicarchy.

The new album delivers pure ’80s hard rock tunes, like it was born directly on the Sunset Strip. Rock is not dead and Italian Rockstar Frame are here to remind us.

The band has previously toured Europe and opened for Backyard Babies in Moscow in 2017.”