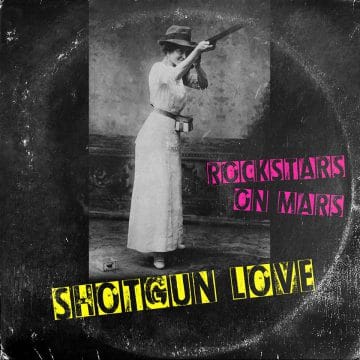 Rockstars On Mars featuring former Brides of Destruction frontman London LeGrand have released their first single “Shotgun Love” from their upcoming new “lost” album Dregs of Humanity, which will be available via LMH Records on November 15, 2019.

The following message was posted on Rockstars On Mars‘ Facebook page (with slight edits) back on October 12, 2019:

“Some of you might have heard it already, but let’s make it official!

On the 15th of November we’re going to release our second album, “Dregs of Humanity“.

The single of the album is called “Shotgun Love”, which will be released on the first of November!

This one’s a killer!