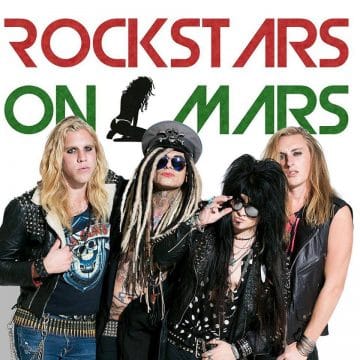 In a surprise move and after six months of silence, Sweden’s Rockstars On Mars have posted a new song “Outcast” as the first single of their upcoming album Dregs Of Humanity.

This comes on the heels of Sleaze Roxx reporting just three days ago that Rockstars On Mars lead vocalist London LeGrand had reformed a new version of his old band Brides Of Destruction, which would be without founding members Tracii Guns and Nikki Sixx.

At this time, Sleaze Roxx can only assume that LeGrand will be doing double-duty in terms of lead vocals for both outfits as there has been no official news stating otherwise.

Rockstars On Mars had been brewing since around 2009, with sporadic shows and recordings. The band released its self-titled debut EP in 2014 and has been compared to bombastic glam bands such as Faster Pussycat and Jetboy.