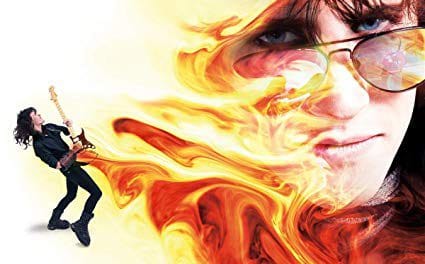 Norwegian rocker Rocky Kramer has released a video for his song “Rock Star” from his debut album Firestorm, which was released last month. Kramer‘s band consists of himself on guitar and lead vocals, Alejandro Mercado on drums, Michael Dwyer on bass and Matt Grossman on keyboards. 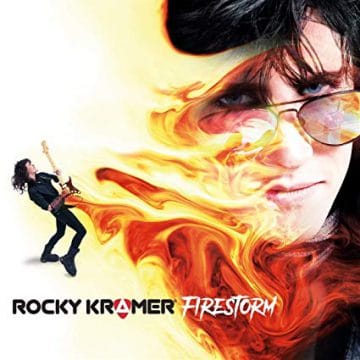 Amazon indicates the following (with slight edits): “Norwegian guitar sensation, Rocky Kramer, is truly a modern-day Viking, poised to take no prisoners as he conquers the hearts, minds and souls of rockers around the world! Armed with a guitar, this graduate of Metal 101 constitutes a triple threat as a composer, vocalist and formidable musician. Firestorm is Rocky‘s debut concept album, that speaks to the maelstrom of the teen years, through the hybrid language of Neoclassical & Progressive Metal. Firestorm takes the listener on a journey through 14 inter-connected cuts, telling a story of emotions: Anger, Disgust, Fear, Happiness, Sadness & Surprise. The son of a First Violinist for the Trondheim Symphony Orchestra, a violin was thrust on Rocky at a young age.

Pursuing a passion for metal of the 80’s, this product of the 90’s traded his violin for a guitar and fused his classical training with the likes of heavy metal. Experiencing the typical strife of a teen growing up, Rocky expressed his emotions through the language of progressive metal. In this case, the cliché modern-day Mozart truly fits, as Kramer has composed no less than ten brilliant concept albums (and growing) of which Firestorm is the fourth in the series. By way of comparison, Firestorm has been termed Mozart meets AC/DC by one reviewer, given advance copies. In a tribute to Kramer‘s sense of humor, the first single from the album “Rock Star” is accompanied by a humorous music video that pokes fun at 1980’s era MTV style productions, as seen through the eyes of an animated 13-year-old Little Rocky, dreaming of becoming a “Rock Star”! Firestorm invites the listener to dive into a plethora of emotions, that is both light hearted and deep, punctuated by the intense nature of progressive metal!”

The official music video for Rock Star by Rocky Kramer. The Rock Star single out now! The Firestorm album out now! Behind the scenes: https://www.youtube.com…