Great news for fans of Romeo Riot and especially singer Mark Giovi as the latter is reportedly singing again after battling some vocal issues. Romeo Riot released their debut album Sing It Loud back in 2017. In June 2018, it was announced that Giovi was having vocal chord problems and was undergoing treatments to combat them and sing again. 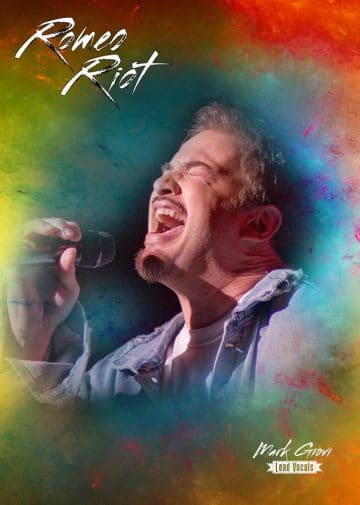 “Not the normal update time for us. With that said, we wanted to “share” some awesome news.

Now some of you may recalled that one of our own was fighting one of those life curve balls. Mark Giovi the lead singer of Romeo Riot had vocal issues this past year, and was facing the possibility of losing the gift he was blessed with. Of course we were all in his corner and he came first above all else. Mark is a fighter and has a small army of strong and caring supporters behind him. From family, to friends and fans

He has fought back, he is getting stronger, and most of all , he is SINGING again.

Today we had a nice phone call convo with Mark. We are happy to say that there will be a follow up to ROMEO RIOT “Sing it Loud” as Mark and team are up to the task of trying to outdo that one helluva album.

Now with that said, there is no target release date at the moment. Only a handful of songs laying around, where eventually there will be more to come.

We have a big year planned. So we need to keep the schedule as planned. So don’t expect a new ROMEO RIOT until the end of 2019 EARLY 2020.

As for what we have coming. Well, we will announce in due time. We will say that the first new studio release from the Kivel stable will be SteelCity “Mach II”

Thank you as always for supporting us and our bands. Here’s to another year!!”

Hard hitting arena Rock. The album Bon Jovi never made !! Think Night Ranger, Slippery Era Bon Jovi with a wall of guitars and vocals. This is a 10 song album that is begging to be played on a big stage or cranked in your stereo, car or ipod.