Ron Keel Band release video for track “Girls Like Me” 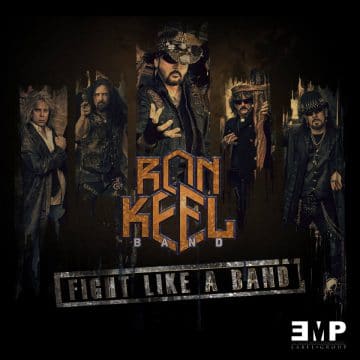 Sleaze Roxx stated the following in its review of Fight Like A Band including the song “Girls Like Me”: “Getting back to the great songs on Fight Like A Band, “Girls Like Me” seems to be the Ron Keel Band‘s answer to Cinderella‘s “Shelter Me.” It’s a peppy upbeat number with lots of keyboards and tons of background vocals from (it appears) the band members’ various significant others.”

Sleaze Roxx concluded in its review: “Overall, the Ron Keel Band deliver a strong debut album. Although Ron Keel‘s voice might have changed over the years and he’s not able to hit the same notes as he did during The Right To Rock, he sounds great on the Ron Keel Bandmaterial because he kept his vocals within the range that he’s good at now. If you like the slower paced Keel material with some country music thrown in the mix, odds are that you’ll really enjoy the Ron Keel Band‘s debut album.”