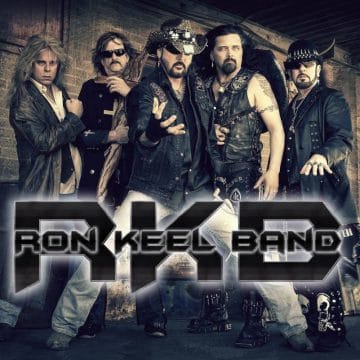 The singer stated: “The Ron Keel Band has just signed with EMP Label Group, founded by Megadeth bassist Dave Ellefson – we’ll be releasing our debut album with them in 2018. EMP has been very successful in such a short time, they are doing everything right and it is a true blessing that Dave and label chief Thom Hazaert have embraced what RKB is all about!

The title track of the album is “Fight Like A Band,” so you can imagine it will be a very band-oriented project. I am going to divide the material in thirds – one third new original songs, one third classic covers, and one third will be new renditions of hits from throughout my career, so my fans understand that I am honored to pay tribute to my roots. We’ve already recorded brand new versions of “Because The Night,” “The Right To Rock,” “Somebody’s Waiting” and “Tears Of Fire,” and I am very thankful for the opportunity to take another shot at those vocals. I see this as the first in a series of albums that feature all three aspects – new music, my favorite covers, and new versions of songs from my past.”

You can read the rest of the interview with Ron Keel at Calles Rock Corner.