The Ron Keel Band will be releasing their new album South X South Dakota via HighVolMusic on April 24, 2020.

“To all our People near and far – our thoughts, best wishes, prayers and music go out to you at this challenging time. We wish everyone safety and good health during this crisis, and trust that ‘normal’ will get back to normal soon. 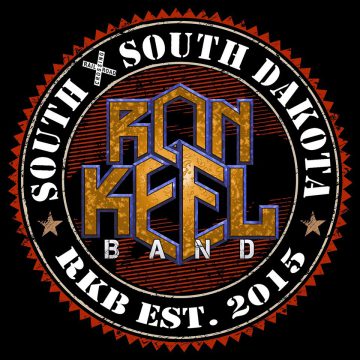 As a band, Ron Keel Band is hanging tough as always – texting back and forth and talking, cracking jokes, working on new original songs, and being there for each other as friends and bands should.

We are moving full speed ahead with the release of the new album #SouthXSouthDakota, available April 24th from HighVolMusic. We stand with our label chief Bill Chavis in our commitment to deliver this new recording on schedule, with the assumption that at a time when we can’t enjoy concerts and public gatherings, sports events, or other entertainment we can still enjoy music.

Our job, in times like these, is to play on. It doesn’t mean we’re insensitive to the situation or oblivious to the seriousness of what we’re all dealing with. As we all take action to care for ourselves, each other, and our loved ones, those who still have jobs do their jobs. And our job is music. Our hearts go out to those who are laid off or find themselves suddenly unemployed; we are self-employed troubadours who invested our 401K’s in music gear and recording sessions so that we can do what we were born to do, and that’s what we’re going to keep doing.

Our plan is to unleash the new album #SouthXSouthDakota on schedule as planned. Some major artists are delaying their new albums because the summer touring season is uncertain; we believe that albums are timeless statements of artistic expression, not just pieces of merchandise to sell at shows.

We are optimistic and thankful that so far, Ron Keel Band tour dates have not been cancelled or postponed. The Smokin’ Saloon Bike Rally 2020 (May 22 – Bloomville OH) is eight weeks away and we’re hoping for the best. We have confirmed an appearance in Detroit the following night May 23 as well as a new date just confirmed today in Sioux City, Iowa June 20 (on the heels of our appearances at the Kick’n Up Kountry Music Festival June 17 & 19). If any of that changes, we’ll keep you posted as the health and safety of our families, friends, fans and neighbors worldwide must of course take priority at this time.

On Monday the 23rd of March, we’re going to unveil the new album cover art, track listing, and the pre-sale campaign where you can be the first to get the new #SouthXSouthDakota CD Fan Pack with T-shirt and bonus items.

You’re our People, and we’re your Band. Stay safe, stay healthy and #FightLikeABand.”