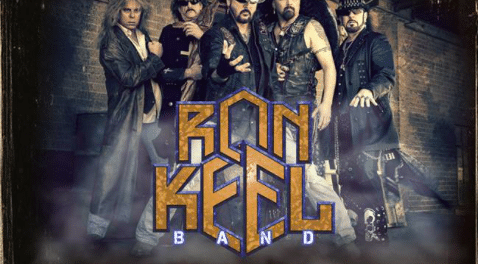 Great news for Keel fans as the group’s frontman will be releasing a new album titled Fight Like A Band with his Ron Keel Band via the EMP Label Group in February 2019 and the record will feature a medley of “historic” Keel songs.

The following message was posted on Ron Keel‘s Facebook page on November 19, 2018 (with slight edits): 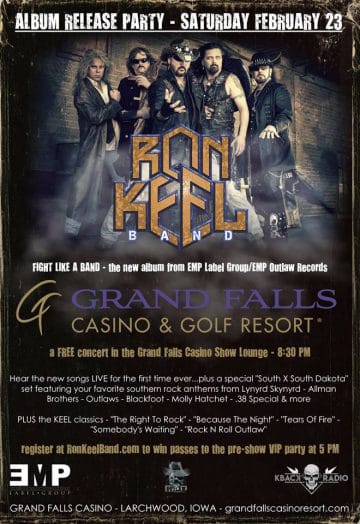 “On Saturday, February 23rd, Ron Keel Band – Concert + Album Release Party – celebrate the release of their new album Fight Like A Band at Grand Falls Casino & Golf Resort in Larchwood, Iowa with a free concert and VIP pre-show party. RKB will perform the new songs live for the first time ever plus the 80’s Keel classics, break for a public meet & greet, then return to the stage for their “South X South Dakota” set, a tribute to Southern Rock icons like Lynyrd Skynyrd, Allman Brothers, Outlaws, Molly Hatchet and more.

David Ellefson’s EMP Label Group will release Fight Like A Band, 11 new original compositions plus a new medley of historic Keel songs, on their EMP Outlaw imprint. “Ron is one of the most talented rock vocalists of our generation,” asserts EMP label chief Thom Hazaert. “A true gentleman outlaw, and we are honored to have him as part of the EMP family.”

Ron Keel’s 35-year odyssey as an entertainer has taken him from the concrete jungle of arena rock to the dirt roads of country music and back again. Keel’s legendary major label debut “The Right To Rock” was produced by KISS’ Gene Simmons – they went on to notch three albums on Billboard’s Hot 100.

After selling millions of albums and touring the world as both a metal screamer (Keel, Steeler, and a brief encounter with Black Sabbath) and an outlaw country artist, he has combined those elements into a powerful brand as the Metal Cowboy.

In addition to Ron, RKB features lead guitarist Dave “DC” Cothern, bassist El Diablo (aka Geno Arce, also a longtime member of Keel and other Ron Keel projects), Jeff “The Rev” Koller on drums and keyboardist Dakota Scott Schmitt (the latter two are both members of the South Dakota Rock & Roll Hall Of Fame). They have been together for four years – starting out as the House Band for a Sioux Falls entertainment complex called Badlands Pawn. During that era, they toured heavily on their own and with Midwest legends Hairball, and backed up other singers like Paul Stanley, Jack Blades, Kip Winger, Mark Slaughter, Don Dokken, and Stephen Pearcy – and for a 2016 Sioux Falls performance they did a set of covers mixed with Megadeth hits with EMP founder David Ellefson.

Those experiences tightened the band into a well-oiled musical machine and cemented their bond as friends. So, when Badlands Pawn went out of business, they chose to stick together and “fight like a band,” hence the inspiration behind the title track of the new album.

“We’ve been to hell and back together,” Keel confesses. “Everyone in the band sacrificed a lot, leaving their homes, gigs, families and friends to be a part of that. When it folded, this group was too strong to stop, so we renamed it Ron Keel Band and kept doing what we do – kicking ass.” Ron also credits the band and their music with helping him stay strong as his wife Renée battled breast cancer last year. “This album is more than a monument to our fans and the tough guys in this band…this is the most personal musical statement I’ve ever made. The biggest challenge now is singing these songs live February 23rd without getting all choked up!””