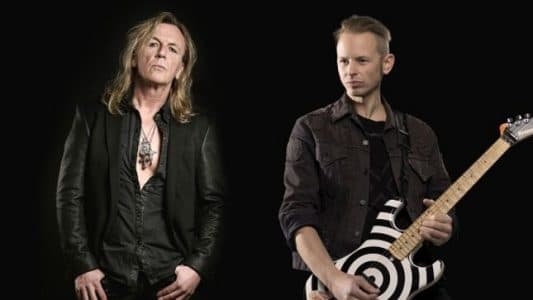 Sleaze Roxx stated the following in its review of Nordic Union: “What happens when you combine the classic heavy metal voice of Pretty Maids‘ long-time lead vocalist Ronnie Atkins with young hotshot producer and songwriter Erik Martensson of W.E.T. and Eclipse fame? You get one heck of a melodic rock debut album — that’s what you get! If you like H.E.A.T. and Masterplan, odds are that you are going to enjoy Nordic Union‘s self-titled debut album. The songs that can be found on Nordic Union are certainly catchier and more commercially accessible than what Atkins has come up with in Pretty Maids but the tracks retain Atkins‘ at time gritty voice. Every track on Nordic Union is a good one.”

Yiannis Dolas of rockpages.gr recently interviewed Atkins who remained non-committal about doing a follow up album under the Nordic Union name when he stated: “I don’t really don’t want to say too much about it, because I am pretty convinced that people will ask for another album! I mean the reception the album has had and all that… a lot of people requesting me personally and Eric too to take this on the road and to do a new album. But, actually we haven’t discussed it at all, because I’ve been very busy with the Pretty Maids new album and Avantasia. Next year I will be touring with Pretty Maids from November and probably a year ahead. So, maybe sometime in the future… I mean the album has been very successful and it was a good album… so, never say never! I can’t say yes and I can’t say no, but Eric is also very busy with his projects too… but, let’s see it was great fun doing it and if we do a second album, then maybe we’ll do a couple of gigs… you never know! Actually, I don’t know, so I can’t promise you anything! Hehehe!”

You can read the rest of the interview at rock pages.gr.