Ronnie James Dio’s ‘Rainbow In The Dark: The Autobiography’ to be released on July 27th 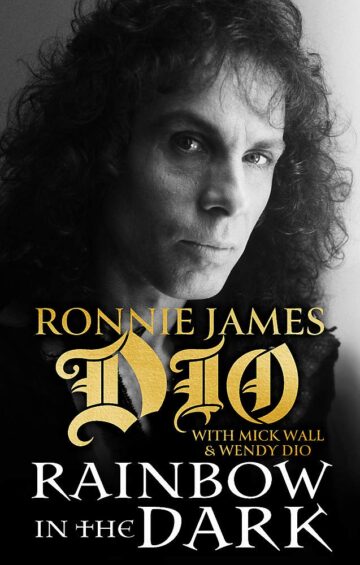 Legendary frontman Ronnie James Dio‘s long-awaited autobiography is finally seeing the light of day as the book Rainbow In The Dark: The Autobiography will be released on July 27, 2021.

“Ronnie James Dio was a heavy metal icon and frontman of three of the best-selling, most influential and famous rock bands in history: Rainbow, Black Sabbath and his own multi-million selling band, Dio.

Rainbow In The Dark is a rollercoaster ride through the extraordinary highs and lows of Dio‘s life, and takes us from his early days as a street gang leader and Doo-wop singer in ’60s Vegas through to his breakout success with Rainbow and Black Sabbath in the ’70s and the stadiums of US metal in the ’80s – ending in Dio‘s dressing room at Madison Square Garden, in June 1986, at the peak of his worldwide fame with Dio.

Tragically Dio passed away from cancer in 2010, but had already begun writing a memoir before his death. Edited by the world-renowned music biographer Mick Wall, with the involvement of Dio’s wife of over 35 years and personal manager Wendy Dio, Rainbow In The Dark will honour and feature Dio‘s never-before-seen original manuscript, while drawing on the extraordinary collection of print and audio interviews with the man himself to produce a vivid, raw and faithful portrait of one of the world’s greatest ever rock legends.”