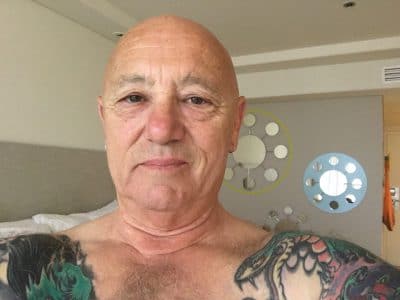 Very sad news for Rose Tattoo frontman Angry Anderson and his family as the singer’s youngest son, 26 year old Liam, died in an assault described as “bloody” on Sydney’s Northern Beaches in Australia.

“Paramedics responded to reports of an altercation between two men in Queenscliff, at the corner of Pavilion Street and Bridge Road, just after 6am this morning.

Witnesses have told police they saw two people fighting while others claimed to have heard “shouting and moaning” coming from the direction of Pavilion Reserve park.

The following statement was released by Anderson‘s manager Scot Crawford: “With the matter in the hands of NSW Police, the family will not be making any comment at this stage, nor are we as Anderson’s management in a position to offer any comment on their behalf.”