Ross The Boss hopes K.K. Downing’s upcoming appearance at Bloodstock will get him back in Judas Priest

Former Manowar guitarist Ross The Boss was recently interviewed by Jimmy Kay for Canada’s The Metal Voice and the guitarist spoke about his upcoming appearance with ex-Judas Priest guitarist K.K. Downing at the Bloodstock Open Air 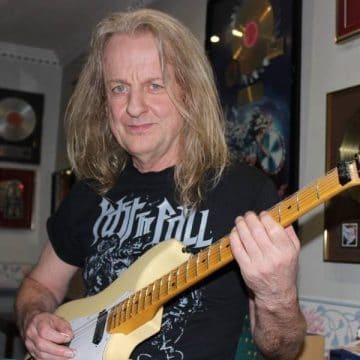 In terms of how Ross The Boss Band and K.K. Downing‘s upcoming performance came about, Ross The Boss advised (as transcribed by The Metal Voice with slight edits): “We have a friend of the band called Steve Goldby who runs http://metaltalk.net, He’s a really great guy. He inducted me into the Hall of Heavy Metal History at Wacken. I go, ‘Steve, you want to help me get press at Bloodstock Festival in the UK for Ross The Boss Band?’ and he goes all right, ‘Okay.’ All of a sudden, Steve says K.K. Downing is his friend and I said, ‘He should come to Bloodstock and hang out with us.’ The next thing you know, we were talking about asking K.K. to come play with us a few songs. Steve then goes, ‘That’s a fucking brilliant idea. Let’s do it.’ Steve makes a call, pitches the idea and says K.K. is really interested, so it’s going to happen.”

On whether he knows why K.K. Downing left Judas Priest, Ross The Boss indicated: “I don’t know anything about what went down between K.K. and the band and I hope one day it could be solved 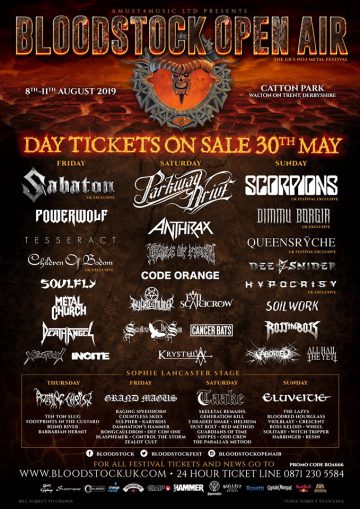 matter. Fact [is] it’s my ulterior motive to bring K.K Downing out and get him playing again and maybe back to where he belongs in Judas Priest. I don’t know anything about what happened with him and Judas Priest. It’s none of my business. It’s sad that shit happens like that especially when things are so good. I love all the Judas Priest members. I love Richie [Faulkner], I love Andy [Sneap], I love Scott [Travis], Rob [Halford]. I love the band. I love their music and I wish them all the best.”

In regard to how many songs they will be performing with K.K. Downing at Bloodstock, Ross The Boss opined: “We don’t have a ton of time. We got like an hour plus so we will play three or four Judas Priest songs with K.K.. We just want K.K. to come out and get some love from the audience. He deserves it. He’s a father of heavy metal. I know he’s a bit nervous but that’s to be expected but we will do everything for him to make him feel as comfortable as possible and let him play his guitar, let him do what he does. At the end of the day, I hope that this gives them the motivation to get him back into Judas Priest. Glenn [Tipton] is not there now and I think that K.K. belongs there now, if they could mend the fences. We’re not spring chickens anymore. Life is too short at this point and I think that before someone goes or something tragic happens, I would love to see K.K. back in Judas Priest. I would love to put some good vibes out there to him and so maybe there would be a chance that something could happen and I think the fans would love it.”