Three fifths of the classic Rough Cutt line-up consisting of lead vocalist Paul Shortino, bassist Matt Thorne and guitarist Amir Derakh are back together with a brand new album titled III, which has just been released via the DDR Music Group. Rough Cutt‘s previous two albums consist of the self-titled debut album (1985) and Wants You! (1986).

“You wanted the real ROUGH CUTT featuring Paul Shortino, Amir Derakh and Matt Thorne, you got them! We’ll even through in a special guest appearance by legendary Quiet Riot guitarist Carlos Cavazo shredding solos on three new tracks. The DDR Music Group and the three main men of ROUGH CUTT are proud to bring you their brand new album “III”.

A fitting title for the first album of new material released by the band since 1986. The guys have been hard at work crafting the killer new tracks “Electric”, “Bed Of Black Roses”, “Dive”, “Don’t Say A Word”, “Bleed”, “Secrets” and “Chasing Dreams”  – and can we just say Paul sounds great! We’ve also included three very rare and hard to find tracks “Prowler”, “Peyote” and “House Of Pain”. 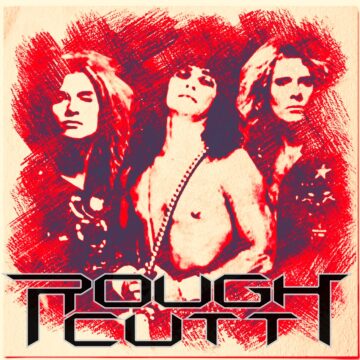 Many false accusations and lies have been made public about arguably the three most important members of ROUGH CUTT and all of them are completely fabricated non sense. To release anything under the moniker of ROUGH CUTT without Paul, Amir and Matt is nothing short of unprofessional and disrespectful to the members and especially to the fans. Simply put, No Paul, no Rough Cutt! Without saying a single word this album proves the 3 original members as well as the band ROUGH CUTT are alive and kickin’ ass as seriously as they did in the mid eighties. “III” marks the real and indisputable return of the band, crank it up loud and proud, it’s the only way Paul, Amir and Matt would want it. Now let’s get this party started!!

This album is a brand new release, crafted in Los Angeles, California, mixed by Matt Thorne & mastered by Lance V. It comes packaged in an 8 page booklet with a full set of lyrics. This CD is silver pressed, officially licensed from Paul Shortino, Amir Derakh and Matt Thorne and is exclusively available from the DDR Music Group. Get your copy today!

This album is available as a full album download through Bandcamp.