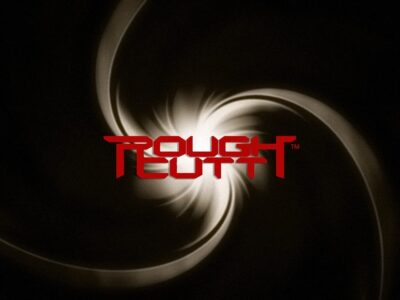 Premiering March 25th at 3:33 pm eastern time on Facebook live at Bravewords.com and all Bravewords Platforms. Join us also for a live Q&A with the band following the World premier of the video.

Hailing from the Sunset Strip’s hair metal days, Rough Cutt has gained a faithful audience worldwide and is excited to announce the release of their new video and single, Black Rose! It brings forth a new sound with reminiscent elements of their first two Warner Bros albums, and a new lineup with pioneers Chris “The Count” Hager on guitars and Dave Alford on drums. New guitarist and Shrapnel Records recording artist Darren Householder joins the ranks along with Oregon native and Pacific Northwest musician Jeff Buehner on bass guitar. Filling the shoes of the singer was no easy task, and required a dynamic talent and presence. Rough Cutt is happy to introduce new singer and Sunset Strip veteran Steven St. James! Steven fronted the prominent LA band “Sarge” in the 80’s and soon became a Motown recording artist. His soaring range and melodic sense will usher you in to a new sound, new songs, and yes, the new Rough Cutt.

In an interview with Sleaze Roxx back in September 2019, Alford commented about Rough Cutt moving on without Paul Shortino on lead vocals as he indicated: “So we tried doing things the old singer’s way [Paul Shortino’s way] and that just didn’t work out. I think this time around, we have the band’s fifth line-up, but I have to say that I feel this is the most solid line-up we’ve had. We’re doing different things on the new songs. We’re experimenting. It will be different but it’s still Rough Cutt. I don’t have to tell you, but as you know, the first record was completely different from the second record. Our third, which we are currently working on, will be different from the previous two records. Bringing in Steven St. James to take over for Paul [Shortino] has been a huge plus, because we’re already gelling vocally. We’re still looking for a second guitarist, because as you know, Rough Cutt has always been known for having a very strong guitar core.”