Rough Riot have written about four to five songs so far

Rough Riot and former Quiet Riot and Ratt guitarist Carlos Cavazo was recently interviewed by Robert Cavuoto for My Global Mind and spoke about the formation of the new group Rough Riot featuring members of Rough Cutt and Quiet Riot. 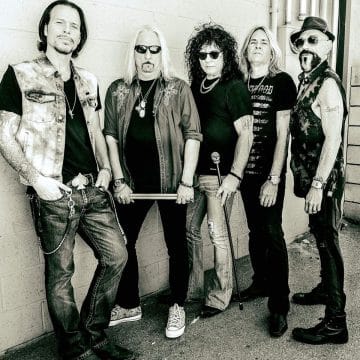 In terms of how the band got formed, Cavazo advised (with slight edits):

“It’s the brainchild of Paul Shortino. He called one day to pitch me the idea. To be honest, I wasn’t looking to join a band, but I have known these guys for such a long time, and they are easy to work with; so I figured why the hell not? If nothing comes of it at least I’ll have some fun [laughing]. The band consists from three members of Rough Cutt, Paul Shortino on vocals, Dave Alford on drums, and Chris Hager on guitar. Also when Paul was in Quiet Riot, we have 3/4 of that version with Paul, Sean McNabb on bass and me. Our first show was on November 2nd in Vegas where we played half Quiet Riot music and half Rough Cutt music with our own twist. There are more shows coming up in January and February with the bulk of the shows will be over the summer. We just hooked up with new management and an agency to start booking our shows and we are currently working on writing new music which we hope to have something out in 2019.”

With respect to how far long Rough Riot are at with respect to their debut album, Cavazo opined: “We’ve written about four or five songs, and Paul just sent me one this morning; an idea from Chris. We all have ideas, and we will begin to pull them together. If the idea is not complete, we will finish it off if it works.”

You can read the rest of the interview with Carlos Cavazo at My Global Mind.