Roxanne singer and guitarist Jamie Brown was recently interviewed by Robert Cavuoto for My Global Mind and spoke about the group’s new sophomore album Radio Silence, which follows the band’s self-titled debut album, which was originally released in 1986. 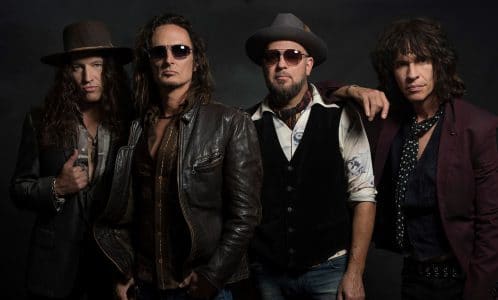 In terms of whether Radio Silence has material on it that was written 30 years ago, Brown advised: “There are two songs on the record that were written 30 years ago which we originally intended for them to be on Roxanne II; they were “Man on the Moon,” and “Quarter to Four.” Everything else is brand new and written just for this record. We didn’t know if those two songs were going to fit, then when we were finished writing the other material, we felt they worked.”

With respect to the new album title Radio Silence, Brown stated: “We had two titles for this CD that we were considering. I can’t remember the other one now. Once we started talking about Radio Silence that was it! The title has a few different meanings, but one of them is about that. There is also the military meaning of a secret mission and a few personal reasons for us as a band.”

In regard to what happened to Roxanne in the late ’80s, Brown indicated: “We formed in about 1986 or so and then put out a record in 1988 on Scotti Brothers Records. We had a little bit of success with that record but didn’t have such a great relationship with the label and didn’t feel we had much of a future in the music business. For that last 30 years, we all played in cover bands now we are putting a second record out on Rat Pak Records.”

You can read the rest of the interview with Brown at My Global Mind.

Roxanne “Super Bad” (ft: George Lynch) from the album “Radio Silence” available at: http://www.ratpakrecords.com/roxanne or on iTunes at: http://smarturl.it/…