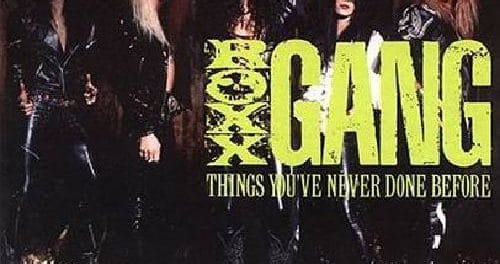 Roxx Gang frontman Kevin Steele was recently interviewed by the 80’s Glam MetalCast podcast and he was asked about offers to reunite as Roxx Gang and his thoughts on aging rockers. 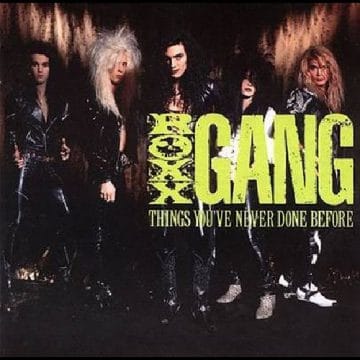 Steele indicated (as transcribed by the 80’s Glam Metalcast podcast with slight edits):

“I get them all the time. Not only do I get offers to reunite… I get offers from bands that you know from the 80’s. I won’t say who because I don’t want to embarrass them. They get in contact with me and say we’ll play as Roxx Gang. You don’t even have to rehearse with us. Just show up and we’ll do a tour as Roxx Gang. Look… I grew up idolizing people like Steven Tyler and Alice Cooper. It’s hard to age gracefully in rock, especially for a singer. I look at Steven Tyler now, and it’s cool that he can move around and he is fit enough to wear clothes like that but you’re 70 something. You shouldn’t be wearing clothes like that. Your songs are aimed at prepubescent girls and to me… Aerosmith fans, more power to you… Who the fuck am I to say anything? For me personally…. it’s creepy. A 70 year old grandpa is singing songs to teenage girls.

80’s fans are unforgiving. They are stuck. They want me to be Kevin Steele of Roxx Gang. I am a different person, [than what] I was like in my 20’s. I was singing “Scratch My Back”, “Too Cool for School”, [and] “I Need Your Sex.” I’m a middle aged man now. I would feel ridiculous dressing up how I used to dress. I would feel ridiculous singing “I Need Your Sex.” A lot of these guys from the 80’s…. like Stephen Pearcy, is still trying to be 80’s Stephen Pearcy. So many of these guys are doing that 80’s thing and for me personally…. I find it kind of sad. I gotta do what makes me happy. If I had to sing Roxx Gang songs every night at this age, I would be a miserable prick. When you are in your 60’s and 70’s, stop wearing eyeliner and skin tight pants… It’s disgusting.”

You can listen to the interview with Kevin Steele by the 80’s Glam Metalcast below:

In this episode I talk to a glam legend – Kevin Steele from Roxx Gang and the Mojo Gurus. We talk about Kevin’s evolution as an artist and hear some cool 80’…

Wikipedia states the following about Roxx Gang (with slight edits):

“The band garnered record company attention in 1987 with its Love ‘Em And Leave ‘Em demo. The band recorded its debut album Things You’ve Never Done Before (1988) on Virgin Records from which it released two singles “No Easy Way Out” and “Scratch My Back” with the line-up now consisting of Steele, Jeff Taylor Blanchard (guitar), Wade Hayes (guitar), Roby “Strychnine” Strine (bass), and David James Blackshire (drums). It was produced by Beau Hill and went on to sell a quarter million copies worldwide.

This version of the band broke up in 1991 because of infighting and record company issues. Steele then formed a new version of the band along with Roby Strine, guitarist Dallas Perkins and professional session / touring drummer Andy James from NYC. Years later, drummer Tommy Weder and guitarist Stacey Blades replaced James and Perkins. Strine left in 1994 and was replaced by Dorian Sage. The band released the album The Voodoo You Love, its first album since Things You’ve Never Done Before, and went on to release several more albums in the late 1990s. The band added guitarist Jeff Vitolo and bassist Allen Brooks replaced Sage. Soon after, Roxx Gang created a blues / rock alter-ego The Mojo Gurus. Vinnie Granese replaced Brooks in 1998 and Blades left citing “musical differences” after which evolution into The Mojo Gurus became permanent.

In 2006, two of its songs off of the Things You’ve Never Done Before album, “Ball ‘N Chain” and “No Easy Way Out” were featured in the THQ action-adventure video game Saints Row.”

The second video from Roxx Gangs’ The Voodoo You Love CD.