Glam / sleaze rockers, Roxy Mae, have released a new video for the song “Dressed In Black.” 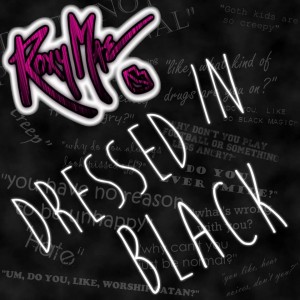 Sleaze Roxx stated the following in its review of Roxy Mae‘s self-titled album, which was released in April 2014: “[Matt] Starr — a self-proclaimed “mid-west misfit” — has been kicking around Columbus doing this Roxy Mae thing since 2009/2010. The band has released a three song EP in 2010 and a smattering of singles along with this 2014 album. His bandmates have changed over the years but the sentiment has stayed tried and true; play/create kick ass rock n’ roll music and the sentiment resonates on this album.” Sleaze Roxx went on to conclude that, “Starr is certainly a proficient singer, guitar player and songwriter. His bandmates are no slouches either mind you. There isn’t a song on this album that I haven’t thoroughly enjoyed and sung along to from the first spin onward. Since the release of this album, Roxy Mae have released a couple of singles that don’t deviate from that glam slam sleaze driven rock n’ roll foundation they have adhered to for over five years. Quality stuff all around and it should appeal to many. Enjoy! I know I did!”