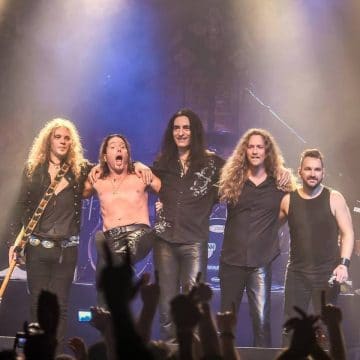 Royal Hunt have released a video for their song “Silent Screams” which was filmed by fans at the ProgPower USA Festival on September 12, 2015.

Sleaze Roxx stated the following in its review of Royal Hunt‘s Devil’s Dozen album: “At the end, what Royal Hunt delivers in Devil’s Dozen is another great album using all the familiar elements of melodic rock and symphonic metal, but also putting their stamp on it by making it richer through multi-layered arrangements and compositions. It’s going to be a matter of personal taste which of Royal Hunt’s latest efforts someone prefers, but what can’t be denied is that they are on a wonderful streak that will hopefully last many more years/albums, and that they’ll keep changing just enough to keep things this interesting.”

► NEW ALBUM – https://royalhunt.com/► Connect with us on Instagram: https://www.instagram.com/royalhuntmusic► Full discography is available on digital – http…