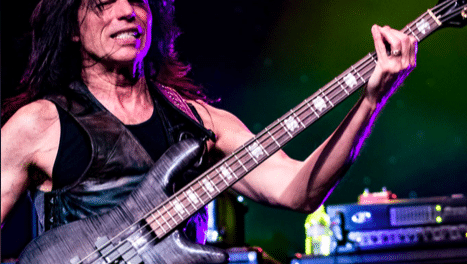 Rudy Sarzo explains why he decided to return to Quiet Riot

Quiet Riot bassist Rudy Sarzo was recently interviewed by Andrew DiCecco for Vinyl Writer Music. Back in August 2021, it was officially announced that Sarzo was “coming home” and rejoining Quiet Riot after an 18 year absence. Although Sarzo was initially slated to start playing gigs in 2022 with the band, he ended up playing his first show back at the Groove Music Hall in Woodford, Virginia, USA on November 6, 2021. 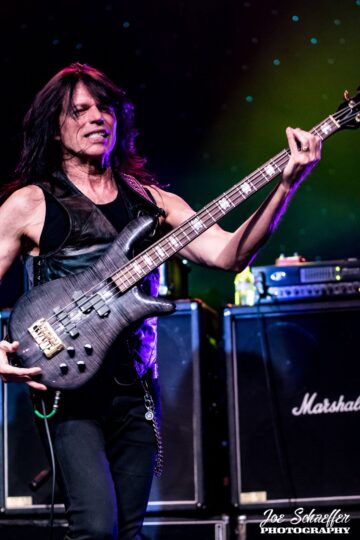 In terms of what led him to return to Quiet Riot, Sarzo indicated: “Frankie, before he passed away, he requested that I return to the band. I mean, it’s simple, but then again, there’s a lot of layers to it, emotionally. Quiet Riot has been my home, really, since 1978 when I first joined with the Randy Rhoads, Kevin DuBrow, and Drew Forsyth version of the band, prior to Metal Health. When I say my home, any musician out there would probably agree with me that at a certain point in your career, you find that group of guys or girls that have a collective consciousness. All that really matters at that moment, when you guys or girls are together, is the music. You all feel the same way; you all like the same bands; you listen to the same music. It doesn’t happen often in your journey as a musician. A lot of times you join situations where maybe the situation is already put together, and you might not agree a hundred percent about what everybody’s musical direction is all about. But in Quiet Riot, for me, that was not the case; everybody in that band had the same goals, the same vision of what we wanted to do collectively and individually.”

Sarzo didn’t seem interested to talk about some of the more “controversial” aspects surrounding Quiet Riot such as the band’s new music and guitarist Carlos Cavazo‘s possible return to the group.

With respect to Cavazo, Sarzo stated: “You know, all I know is that Frankie requested me to come back. And beyond that, I have no real knowledge of anything else.” In regards to expanding on the new music from Quiet Riot that is apparently ready to go, Sarzo indicated: “No, not really. It’s a work in progress, and you’re gonna have to hear it when it’s ready.”

You can read the rest of the interview with Rudy Sarzo at Vinyl Writer Music.