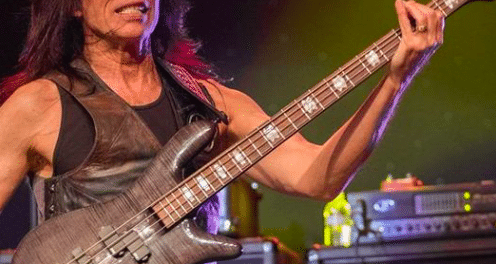 Sarzo was asked what prompted him to leave Ozzy Osbourne and join DuBrow in the early ’80s to which he replied (with slight edits): 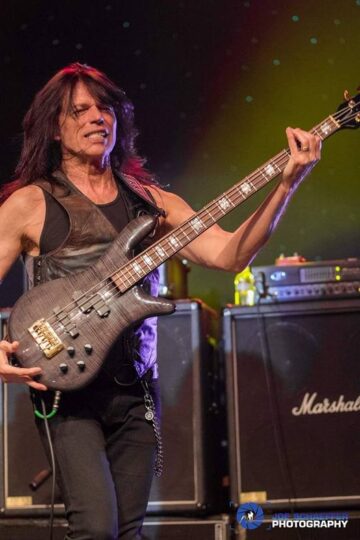 “Well, we were bandmates in Quiet Riot. Then after Randy left LA to join Ozzy, Kevin kept the band that he called DuBrow. There were a lot of players in and out, and at some point, right before I join Ozzy, I joined DuBrow because I was trying to do something else with other bands. Then, that did not pan out and I moved in with Kevin. He said, “Well, one way you can pay the rent is by playing with me in DuBrow.” I said, “That sounds perfect.”

I got to spend a lot of time with Kevin – I lived with him – and I went through all the trails and tribulations of being in a local L.A. band twice with Quiet Riot and DuBrow. Even when I went out on tour with Ozzy, every time that we were on a tour break, Randy and I would come back to Los Angeles and the first thing we did was go and pick up Kevin and head to the Rainbow [Bar and Grill]. During that period, we were really tight.

Then what happened was, Randy passed away on March 19th of 1982. In a nutshell, I lost my joy of playing. So, I was looking for my next move, because I needed to find joy and didn’t know what it was going to be. I got a call from Kevin to come in and do one song on an album to be released in the future if they got picked up by a label. There was no record deal on the table at that time. I went in to record “Thunderbird,” which is one of the songs that I play in DuBrow with Kevin. Since I knew the song, we cut it really quickly. So, the producer and Kevin say, “Do you remember ‘Slick Black Cadillac’?” which is the only song from the Randy Rhoads era that wound up on the Metal Health record. I say, “Sure,” then we cut it and we did about three or four more songs. So, by the time I leave the session, I had done like four or five songs.

Shortly after that, within days, I flew to New York to record Ozzy’s Speak of The Devil live record. That session with the guys – with Kevin, Frankie, and Carlos – kept lingering in my mind about how much of a good time I had. Then, I’m back with the Ozzy camp, and still everybody was shell-shocked; it was never the same once Randy died. We were still gun-shy about everything.

After I recorded Speak of The Devil, I called up Sharon and told her that I was going to leave the band and play with – it wasn’t officially named Quiet Riot yet. It wasn’t renamed Quiet Riot until we signed the record deal with Columbia Records. The last [show] with Randy was, I believe Kevin’s birthday gig at the Starwood. Actually, we did a reunion in 1980 at the Starwood; just a weekend. Randy came back from a break with Ozzy, and Kevin talked him into doing a reunion. So, at that moment, [Randy] was officially a member of Ozzy and had been recording Blizzard of Ozz and getting ready to record Diary [of A Madman].

The debut of the Metal Health line-up was the weekend of March 18-19 of ’83; we played at the Roxy in L.A. We did four shows – it was actually a King Biscuit, live radio broadcast. Great idea – the first time you ever play gets recorded and put on the radio forever and ever! [laughs] That was our very first show – at least reuniting Kevin and myself as Quiet Riot with Frankie — who had been playing with him since 1972 on and off anyway. Carlos was the only new component to the group.”

You can read the rest of the interview with Rudy Sarzo at Vinyl Writer Music‘s website.