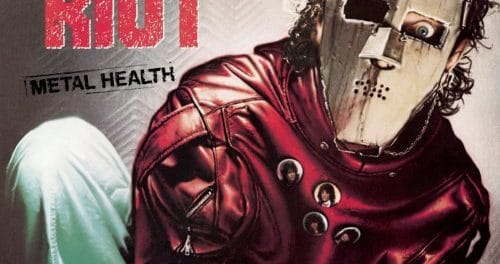 Former Quiet Riot, Ozzy Osbourne, Whitesnake and Dio bassist Rudy Sarzo was recently interviewed by Chuck Shute for the Chuck Shute Podcast. Sarzo played in Quiet Riot from 1978 to 1979, 1982 to 1985, 1987 and 1997 to 2003 and played most of the bass parts on the band’s multi-platinum breakthrough album Metal Health, which was released in 1983. The bassist played with Ozzy Osbourne from 1981 to 1982 and left the former (at the time) Black Sabbath frontman shortly after guitarist Randy Rhoads tragically passed away.

Wikipedia states the following about Sarzo‘s departure from Ozzy Osbourne‘s solo band and his return to Quiet Riot afterwards (with slight edits):

“Following Rhoads‘ death in a plane crash in 1982, Sarzo became disillusioned with Osbourne‘s heavy drinking and began questioning his future in the band without Rhoads. While still a member of Osbourne‘s band, Sarzo had been helping his former band Quiet Riot by recording the Randy Rhoads‘ tribute song “Thunderbird” for their upcoming Metal Health album as a means of coping with his grief. In stark contrast to the chaos surrounding everyday life on the road with the hard-drinking Osbourne, the experience was so positive that Sarzo ended up recording most of the Metal Health album with his former band and he made the decision to officially rejoin Quiet Riot once the Diary of A Madman tour had concluded. Upon notifying Osbourne‘s wife/manager Sharon of his decision to leave, he offered his services for future UK tour dates if a replacement bassist couldn’t be hired in time. Sharon refused, bluntly telling him that “Nobody leaves Ozzy!” before hanging up.

Released in March 1983, Metal Health would go on to become a multi-platinum international hit, kickstarting an era of wild commercial popularity for heavy metal in the 1980s.”

In terms of whether he was scared to make the phone call in question to Sharon Osbourne, Sarzo stated: “No, no. I mean it’s a phone call that it’s a hard phone call because not being scared, it’s a matter of I had no other reason to leave the band except that Randy had passed away and he wasn’t there anymore. And, the traumatic experience of being present during the crash, we were shellshocked, we were traumatized, all of us that experienced that. So it was kinda like ‘How am I going to find joy in making music again?’ And my way of dealing with that at that time ’cause people grow and they understand things about life with time, the only way that could deal with that at the time where you actually move on… And you have to take into consideration, I moved on to a band that nobody wanted in Los Angeles.

You know, that record that went to number one? That became the first debut metal record to go to number one. Well, just a few months ago, we couldn’t find a manager to manage the band with that record already done and ready for the release date. Nobody believed that metal was gonna come back or you know, hard rock, whatever they were calling it back in the day — you know, Def Leppard, Mötley Crüe, Quiet Riot. We were all labeled metal bands back then. Of course metal, they had different faces today, but that world was considered metal and case in point, we went on tour with Scorpions. We weren’t sure where the Iron Maiden, Black Sabbath, you know, bonafide metal bands. Judas Priest was another band that we toured with and it was labeled metal. [It] was labeled very different back then it is today.”

Sarzo continued: “Yeah. Or dark metal, death, metal, speed metal, you know, whatever different categories. They were just metal, you know. And, so it, it wasn’t like a like, “Oh yeah, sure, I’m going to leave Ozzy and I’ll join the band [Quiet Riot] and we’re going to have a great record. And no, the only reason why I did it was because I went back to playing with Kevin, who I already been playing with and in Quiet Riot and DuBrow. When he had the band after Quiet Riot, before I joined Ozzy, I was living with him and playing in DuBrow, whenever DuBrow played around town just to make some money so I could pay the rent.”

In terms of not knowing that the Metal Health album would be such a success, Sarzo indicated: “Yeah. I mean not only us, but no, the genre of music alone. Forget about the Metal Health being a success. Nobody in Los Angeles could see at the end of the tunnel that eventually, not only Quiet Riot, but everything else that was coming, whether it was British metal, the New Wave of British Metal that I was already a part of with Ozzy. But I knew that because I was already touring in England and Europe, and I knew what was coming. Mötorhead was on our bill in ’81 so with Def Leppard, and then UFO and bands like that, it was like there’s this movement of metal that’s really already playing arenas but the labels in the United States not really paying attention to that. They’re still looking at new wave and punk. That’s fine but this is coming. And what it took was actually MTV.”