A poster has surfaced on the Internet with possible 2016 dates and tour stops for the “reunited” Guns N’ Roses.

The poster includes six dates that have already confirmed and a number of rumoured dates and tour stops which would include the following countries: Mexico, the United States of America, England, Canada, Spain, Germany, Brazil, Argentina and Chile.

Questions continue to remain about exactly who will be part of the Guns N’ Roses “reunion.” So far, only singer Axl Rose, guitarist Slash and bassist Duff McKagan have been confirmed for the “reunion.” It is expected that guitarist Richard Fortus and keyboardist Dizzy Reed will also take part in the “reunion” given that both left The Dead Daisies in January 2016 for a “momentous project in 2016.” Who will handle the drums between presumably Steven Adler and Matt Sorum, or both, remains a question mark. Guitarist Izzy Stradlin recently broke his silence in late February 2016  indicating that at this time, he was not part of the “reunion.” 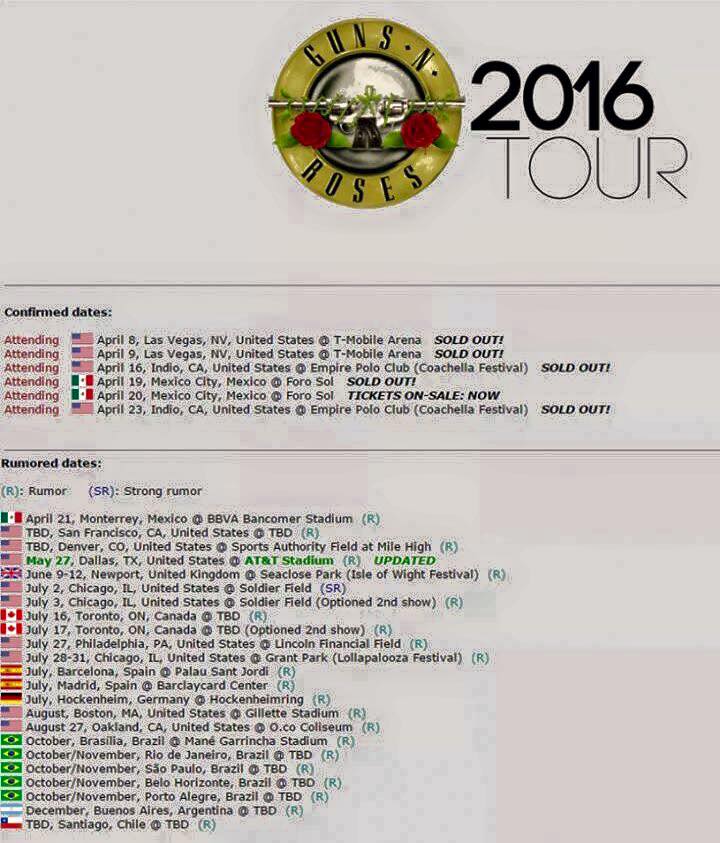