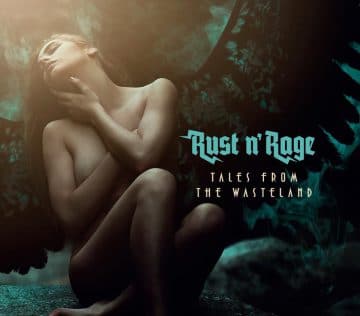 Finnish rockers Rust N’ Rage have released a lyric video for their new song “Dreamcatcher” from their upcoming new album Tales From The Wasteland, which will be released on April 13, 2018.

After two demos and three years of furious live performances, these hellraisers are releasing their debut album, Showdown. It is a fuel-soaked pilgrimage to the neon-lit streets of ultimate decadence. The eleven outlaw anthems deal with the unbearable heat of the night and sleazy she-devils, showing true promise in keeping the glam metal flame alive. Showdown is released through co-operation of Ektro Records and Karkia Mistika. You can’t take ROCK’N’ROLL from our souls!”

New album “TALES FROM THE WASTELAND” out NOW!https://www.levykauppax.fi/artist/rust_n_rage/tales_from_the_wasteland/#576408https://www.porinlevykauppa.fi/sho…